Taylor council could vote on settlement over treasurer lawsuit

Taylor council could vote on settlement over treasurer lawsuit 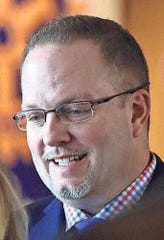 The proposal has to be reviewed by Taylor Mayor Rick Sollars' staff and then brought to the council. (Photo: Max Ortiz / The Detroit News)

The Taylor City Council is expected to vote next month on a financial settlement with its part-time treasurer who sued them in federal court when they stopped paying him over allegations he wasn't doing his job.

City Council members voted in January to freeze the $32,000 a year salary of Treasurer Ed Bourassa, who has worked from home for more than a year while recovering from an injury.

Council members had scheduled a public hearing Monday night to hear allegations against Bourassa. Instead, members went into a closed session to discuss a potential settlement.

Council Chairman Timothy Woolley said after the meeting that they will likely vote on the proposal May 7, but said he couldn't discuss how much the settlement was for or whether Bourassa would remain in the post. He said the proposal first had to be reviewed by Taylor Mayor Rick Sollars' staff and then brought to the council.

"Sometimes you want to fight things to the end, but sometimes you have to look at the overall costs," said Woolley, one of five council members to vote to stop paying Bourassa. "You weigh the situation."

Bourassa maintains he's been working from home online in a "highly competent and efficient manner" while recovering from an injury after a hip replacement in February 2018, according to his lawsuit. After his surgery, Bourassa said hospital staff dropped him while loading him into his vehicle, causing spine and nerve injuries that prevent him from walking.

Bourassa said when the City Council stopped his pay, they violated his rights, including those protected by the Persons with Disabilities Civil Rights Act. He filed the lawsuit against the city and council members, saying his his opponents want him removed because they disagree with him politically.

"All records that Bourassa needed to perform his duties were available to him online," his lawsuit reads. "Bourassa would usually call back his customers within a matter of minutes after receiving notification through the internet portal."

Councilman Daniel Bzura filed an affidavit with the city clerk in February, arguing that Bourassa has not completed the responsibilities of a treasurer, including failing to review the status of tax collections, daily deposits and co-sign some wire transfers, according to Bzura.

"Failure of treasurer to answer constituents questions as the treasurer since he has not been in the office since January 2018 and his phone was routed to direct all constituent phone calls to staff since May 2018," Bzura's affidavit reads.

Bourassa's lawyer, Michael Pitt, argued in court papers that the Monday night meeting was an illegal attempt to remove Bourassa from office.

Typically, elected officials are removed by the governor or by a recall election.

Pitt had requested that a temporary restraining order be issued at a hearing Tuesday afternoon to prevent the council from removing him from his post. That hearing in front of U.S. District Judge Bernard A. Friedman will be adjourned, Pitt said after Monday night's meeting.

Bourassa has been elected twice to the four-year term as treasurer, most recently in November 2017. Taylor is the state's 17th largest city, with more than 61,000 residents, according to 2017 U.S. Census estimates.