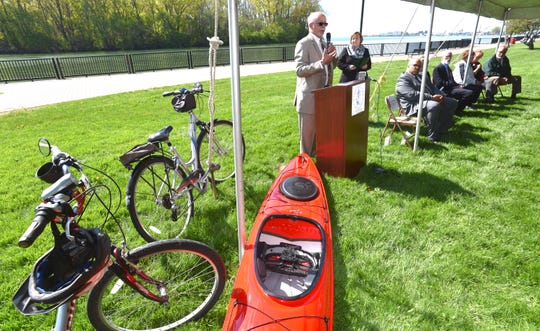 Ecorse — A planned hiking and biking trail from Detroit to the Upper Peninsula has received $2.4 million for a Downriver portion connecting to it, officials said Tuesday.

The trail will stretch more than 2,000 miles between Detroit and Ironwood in the western Upper Peninsula, crossing 48 counties including 25 miles through Wayne County's Downriver communities

"This is tremendous," said Paul Yauk, state trails coordinator for the DNR. "What we're doing here is for future generations. It's for future neighborhoods."

"We thank the Ralph C. Wilson Foundation for giving us a little extra that we need to make this project succeed," said Dingell. "We are going to get it done." 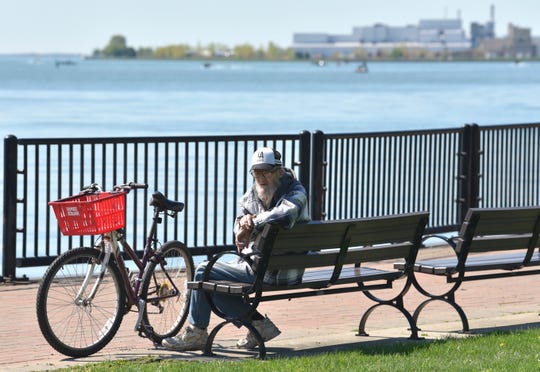 Evans also thanked the Wilson Foundation for the grant.

"This $1.9 million will go to nonprofits who are working collaboratively along with the county to create the connectivity that's so important in Wayne County," he said. "The connectivity for non-motorized transportation has been lacking and this project helps significantly to create that connectivity."

Likewise, Ecorse's mayor thanked the foundation and praised the group for the effort.

"Some times people forget about the Downriver communities," Tidwell said. "We are very, very happy anytime you say you're giving $2 million to this area. It's a great day. This is a beautiful thing for Downriver."

The Friends of the Detroit River, a nonprofit formed in 1992 to preserve the Detroit River's habitat, will administer the grant, officials said. Other nonprofits and agencies in the group include Downriver Linked Greenways, Wayne County, MotorCities National Heritage Area and the DNR.

"It's a day of celebration for expanding Downriver's greenways," said David Howell, chairman of the Friends of the Detroit River. "We're very excited to become partners with everyone here. We're grateful to the Ralph C. Wilson Foundation for its support and the opportunity to do this work."

Based in Detroit, the Ralph C. Wilson Foundation was created by native Detroiter Ralph Wilson, who owned the Buffalo Bills football team. Wilson died in 2014 at the age of 95. 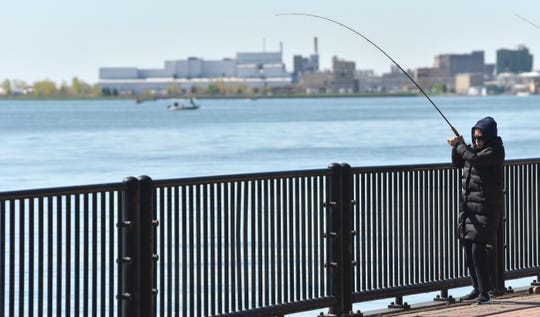 The grants will be used to increase bicycle access to parks, including Lake Erie Metropark, improve trail-road crossings and trail gateways as well as create a new park commemorating the 1932 Hunger March in Southwest Detroit. The project will stretch from Flat Rock to Detroit along the Iron Belle Trail and west through Hines Park to Northville, officials said.

Larry Weathers, who lives across the street from Dingell Park, said he likes the idea of improving the area. Weathers said he rides his bike at the park almost daily and would love to have a trail that let him travel farther.

"It's already a pretty nice spot here as it is," he said. "But I think whatever they can do to to make it better is a good idea."