Discussions over which elementary schools to close in the Grosse Pointes and how to reconfigure schools buildings are still planned for next week despite a request from the Michigan Department of Civil Rights to restart the process, according to school officials.

Grosse Pointe Public School System Superintendent Gary Niehaus issued a statement Monday saying he is grateful for the insight provided by the civil rights department after it was asked to provide additional opportunities for the community to share views on the reconfiguration. 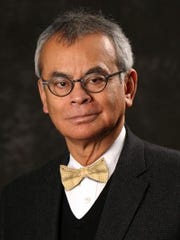 “I am grateful for the four listening sessions they moderated and 30 testimonies they received," Niehaus said.

"Their summary will be carefully considered as part of the many transparency efforts informing this critical decision, including our 15 Town Halls attended by over 1,196 people, our meetings with the PTOs at each of the four schools being considered for closure, the work of the 58 Blue Ribbon Committee members, the hundreds of emails to the board, the numerous public comments at televised board meetings, the social media posts, and the individual and small group meetings in my office."

The district will review all of the recommendations and it has already begun efforts in enhanced marketing and staff training on district-wide racial equity, implicit bias and structural racism, Niehaus said.

At its June 24 meeting, the district will announce which elementary schools it will close to rightsize the district amid declining student enrollment and decide whether to move all fifth-graders to middle schools.

"The two resolutions remain on the board agenda" for 7 p.m. June 24 "as promised to the community," he said.

On Monday, citing findings from four public listening sessions and written comments from parents and community members, civil rights department director Agustin Arbulu said it's clear to the state that the community perceives the process this spring for deciding the fate of neighborhood schools "lacked transparency" and the "effective involvement" of the people most impacted by the reconfiguration.

“The process also failed to adequately take into consideration issues of racial equity and disparate impacts on children and communities of color," Arbulu said. "For these and other reasons we outline in our report, we strongly recommend that the school board restart their deliberation with an eye to creating a more inclusive and transparent process.”

The civil rights department offered recommendations in its report for improving the process and ensuring the school board is taking into consideration the concerns of all stakeholders.

They include closing a middle school in lieu of closing one or more elementary schools and retaining the current grade configuration and adopting a racial equity lens to guide the decision-making process on reconfiguration.

Judy Gafa, a school board member, said Monday the resolutions might be on the agenda for the meeting on Monday but the board will decide whether to vote on them.

"That is a board decision and not an administrative decision," Gafa said. "He (Niehaus) can make this recommendation and we can listen to him — or not."

Gafa said she is not opposed to delaying the decision as the department requested, but she has questions for Arbulu.

"You have to take a step back and assess and make sure whatever we do, moving forward, is the right thing for the kids," Gafa said. "There is financial distress in the community, as much as people say there isn’t. The numbers speak for themselves."

On June 6, school officials announced they were delaying a planned vote on possible school closures and reconfiguration of the district until June 24.

Niehaus had said the vote was being rescheduled after the civil rights department asked for more time to compile and send him input from the four listening sessions with community members about the changes.

On June 24, the district is expected to name the schools it wants to close and will vote on several resolutions.

The other recommendations from the civil rights department include:

The discussions to close schools comes after 15 years of declining enrollment and a move to restructure the district without opening its doors to Schools of Choice students.

Declining K-12 enrollment has translated into financial losses for the affluent Metro Detroit district, school officials said. With each student equal to around $10,000 in school revenue, the district's average 100-student drop per year is $1 million lost.

Grosse Pointe's schools are not alone. Statewide K-12 student enrollment has been on the decline for years. Enrollment is forecast to drop another 10% through 2025 in southeastern Michigan.

Arbulu has asked to make a presentation at the school board’s June 24 meeting. He said the department commends the school board members for seeking its help to ensure they were hearing from all segments of the community.

Parent Jen Evans said she does not think the process could have been more inclusive or transparent with the Blue Ribbon committee, public comment sessions and e-mails sent about information.

"I don’t know of any other district that has gone to such lengths to give the public a voice," Evans said. "This is generally a decision made by the board of education, period. ... The board has to act for the greater good. The vocal minority was acting out of self-interest."

Parent John F. Martin said he thinks the community overall supports restructuring the district and wants to move ahead with making those decisions.

"The last thing we need is to draw out this process. If you look at social media postings and turnout at the meetings, a very small, but vocal, minority was behind this conclusion," Martin said. "It’s only the people who are staring at their own school’s closure that are the most vocal."