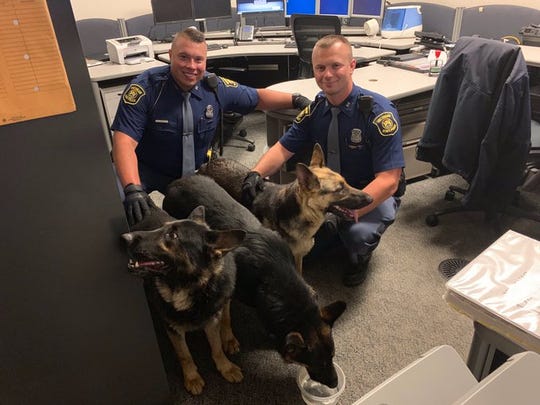 Taylor —Three German shepherds discovered on a Detroit freeway are back home.

Lt. Mike Shaw with the Michigan State Police said they were returned to their owner Wednesday afternoon.

Four Michigan State Police troopers responded to a report overnight of a dog on the Lodge freeway near Forest. Actually, there were three. And the police said the dogs were scared.

The MSP division tweeted, “As you can see they were happy to see us and were pretty tired from their experience. If you happen to be missing these dogs give the Metro South post a call.” 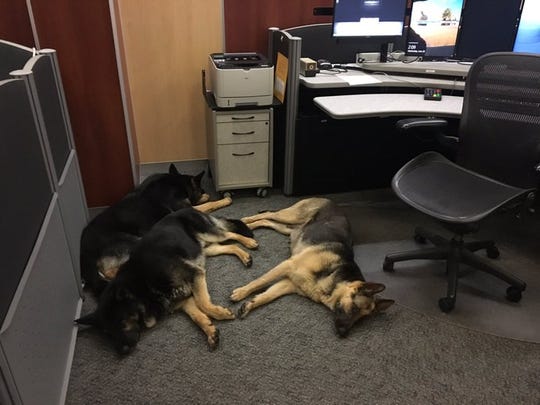 The tweet continues, “Once they were in the area they learned it was three scared German Shepherds. With the help of a citizen they were able to get all three in their patrol cars and get them to safety.”

They also tweeted a warning to citizens, with lots of exclamation points.

“Don’t leave your pets in the car! The inside of the car can get over 120 degrees! Drink plenty of water and take rest breaks if working outside. And finally enjoy it! It will be cold again before we know it!”

Shaw said in an email response Wednesday that, unfortunately, "dogs end up on the freeway all the time."

He added: "Usually we don’t have a happy ending like this one. I believe they were from the Midtown area."