Grosse Pointe Farms — A federal appeals court has upheld the dismissal of a lawsuit against the city's police claiming they covered up the 2010 death of a woman whose body was found in the Detroit River.

Last Wednesday, a three-judge panel in the U.S. Court of Appeals for the Sixth Circuit in Detroit unanimously ruled in favor of the city and its police department. It also overturned a lower court's ruling that the city couldn't seek to recover its attorney fees related to the lawsuit. 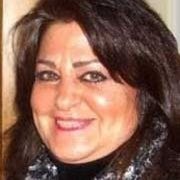 The decision comes nearly 10 years after the death of Joann Matouk Romain, 55, who disappeared from a Grosse Pointe Farms church and was found two months later near the river's Canadian shore.

"The Grosse Pointe Farms Public Safety Department and all the individual officers involved in this unfortunate legal matter are pleased that the Federal Court of Appeals affirmed the District Court’s dismissal, on the merits, of the Romain Estate’s civil rights claims  ... ," City Manager Shane Reeside said Tuesday.

An attorney representing the estate of Joann Matouk Romain said Tuesday he is reviewing the court's ruling.

"Obviously we're disappointed with the outcome," said Mark Bendure. "Right now, we're carefully going over the opinion and trying to completely understand what the court was saying. We'll be considering our options."

Romain, a mother of three, disappeared Jan. 12, 2010, according to police. Her Lexus was found in the parking lot of St. Paul on the Lake Catholic Church on Lake Shore Drive in Grosse Pointe Farms. Her purse, wallet and about $1,500 in cash were locked inside in the vehicle, but her cellphone, keys and rosary were missing.

At the time, police said they tracked footprints in the snow from the car to the lake, where there appeared to be an impression of a person sitting on the water's edge. There were no footprints walking back to the car.

After a 48-hour investigation, Grosse Pointe Farms police turned the case over to Grosse Pointe Woods police because she resided in that city.

Romain's body was found March 20 by a fisherman in the Detroit River's Livingston Channel near the shore of Amherstburg, Ontario. Two days later, Canadian authorities confirmed her identity through dental records and an autopsy showed there were no signs of foul play in her death.

However, the family had a second autopsy performed and it found a bruise on her upper right arm, which they said supported their theory that she had been murdered.

On the one-year anniversary of her death, Romain's family hired a Bingham Farms law firm to investigate. In 2013, the family launched a website featuring the findings of private investigators.

The next year, the family sued the two Grosse Pointe communities. Last year, a federal judge ruled there was no evidence that someone who wanted to kill Romain knew police would cover his tracks as part of a coverup.