Dearborn Heights — Nearly three percent of175 homes in the city known to have lead service pipes have been found to have more than the state's standard for action, officials said.

Thirty of the 175 homes that have lead pipes connecting to the city's water main were tested and five of those had lead levels of at least 34 parts per billion, officials said. That's more than double the state's "action level" standard of 15 parts per billion. 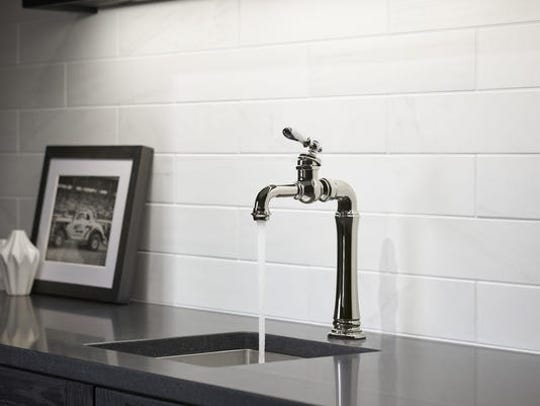 Nearly three percent of homes in Dearborn known to have lead service pipes have been found to have more than the state's standard for action. (Photo: TNS File Photo)

An action level of lead is not a health-based standard.

It's also not a violation of the Michigan Safe Drinking Water Act, which was changed last year to include more stringent procedures for testing and analysis for lead and copper. Surpassing the action level requires communities to increase water testing and educational outreach about water contaminants.

“The intent is not to scare the public, but let them know the city is proactively working to test and address known lead service leads in the city and work with the state and with property owners who want to improve water quality in their homes,” Dearborn Heights Mayor Daniel Paletko said in a statement.

He also said the city will inform all of its water customers whether their homes have lead service pipes and provide information on steps to reduce the risk of lead exposure. It has also set up a web site with more information.

Dearborn Heights has nearly 22,000 residential water customers. It also has tested regularly lead levels of those 175 houses with lead service pipes since 1992, according to Paletko.

As part of the effort to reduce exposure to lead in the Dearborn Heights' drinking water, the city along with the Wayne County Health Division will offer free water filters to low income residents from 2-6 p.m. Wednesday, Thursday and Friday at the Dearborn Heights Justice Center, 25637 Michigan Ave.

Last week, officials for the neighboring community of Garden City reported more than a quarter of 31 sites with lead service water lines have exceeded the state's action level of 15 parts per billion.