Trenton Mayor Kyle Stack, a 'champion' for the city, dies at age 62

Trenton police confirmed that Stack died Friday after a heart attack. She had been reelected in November to her third four-year term

Trenton Mayor Kyle Stack, a 'champion' for the city, dies at age 62

Trenton Mayor Kyle Stack is being remembered Saturday as a "tireless champion" for her city after her sudden death Friday.

The Trenton Police Department confirmed that Stack died around 11 p.m. Friday after suffering a heart attack. Stack had just been reelected in November to her third four-year term. She was 62. 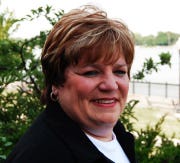 Trenton Mayor Pro Tem Steven Rzeppa told The News he had known Stack for about 20 years and she "cared so deeply about our community."

"To say it's shocking is a bit of an understatement," said Rzeppa, 27, who first met Stack as a child while his mother worked alongside her in the clerk's office.

Rzeppa, who will now step in as the city's interim mayor in the wake of Stack's passing, reflected Saturday on the contributions she made in the city of about 18,000 residents.

Under her tenure, he noted, the city made strides in developing its downtown corridor and ensuring tear down and environmental remediation work at the former McLouth Steel site on Jefferson.

"She was involved in any organization you can possibly imagine. It was the true, classic definition of a public servant," he said. "She was friendly and caring and a good person to be around."

"She and I worked closely together on the redevelopment of the long abandoned McLouth Steel plant as well as improvements to Elizabeth Park and the nature preserve to strengthen Trenton and Downriver," Evans said in a provided statement. "I knew her to be a tireless champion for Trenton residents. My thoughts and prayers are with her family and loved ones as we mourn her passing."

Stack was first elected mayor of Trenton in 2011 and won reelection in 2015 and most recently on Nov. 5, according to the city's website.

Prior to becoming the city's mayor, Stack served as Trenton's city clerk for 26 years and formerly in the city's parks and recreation office, making her first bid for mayor after retiring.

The Henry Ford Community College graduate had been a member of the Trenton Rotary Club and was its first woman president.

Rzeppa said that Stack had gone into the hospital Friday afternoon. Things later took a turn for the worse and friends and colleagues learned that she'd passed away later that night.

"Kyle was Trenton. The impact she made on our community is immeasurable, and I will miss her immensely," he added in a provided statement. "As a community we will all work together, in Kyle's memory, to do right by the people of Trenton in this transition. We must keep Kyle's husband Bill Jasman and their entire family and loved ones in our thoughts and prayers."

U.S. Rep. Debbie Dingell, D-Dearborn, counted Stack as a partner and close friend and said she will be giving a eulogy for Stack during a Wednesday visitation and service at Trenton City Hall.

"Kyle was the person that everybody went to. She always had a smile, she was always optimistic," said Dingell. "If a group Downriver was doing good, she somehow touched it. Kyle is going to be a huge hole in the hearts of a lot of people Downriver."

Christine Estereicher, director of state relations for Fiat Chrysler Automobiles, said the company was saddened by Stack's passing and noted her advocacy for the city and residents that she loved.

"She also was a great partner and supporter of the FCA Trenton Engine Complex, and will be missed by the more than 1,800 employees," Estereicher said in a provided statement. "At this difficult time, we extend our deepest sympathies to her husband, family, friends, and the residents of Trenton."

Jim Wagner, a close family friend who considered Stack family, said the mayor gave her all to the city and was the type of person who never wanted to let anyone down.

As the city's former clerk, he said, she "took care of everybody" and "was the social worker of the community." She participated in multiple organizations including St. Vincent de Paul and the local Goodfellows.

"People had a financial problem, they went to Kyle Stack. She never told anybody no. She always tried to accommodate everybody," said Wagner, who previously worked as city administrator under Stack and is now a part-time as a consultant for Trenton as its economic development director. "Her heart was Trenton and she gave it her all."