Woodhaven family's dog back after Christmas I-75 crash

Woodhaven family's dog back after Christmas I-75 crash

A Woodhaven family is grateful to be reunited on New Year's Eve with their dog that ran off after a Christmas Day crash. 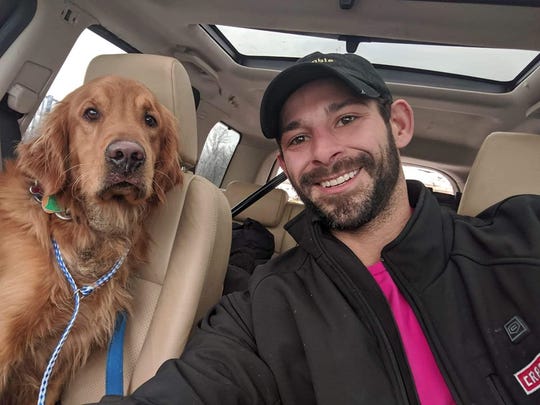 Red, a golden retriever, was ejected from the Woodhaven family's vehicle after it hit a slick spot Wednesday morning on the Lapeer Road exit of Interstate 75 in Auburn Hills.

The car rolled over multiple times before hitting a guardrail. Stevenson, his wife, Ruthie Stevenson, and their 4-year-old daughter, Hazel, were not seriously hurt.

Red "jumped over the metal guarding and went into the wooded area in between the on-ramp and M-24 itself," Wade Stevenson said.

He pleaded for help online and that's what led to the family's reunion with Red, Stevenson said. James, who works with Lending a Helping Paw Rescue, located Red.

"It was awful. I was telling my wife this was the worst Christmas ever, by far," Wade Stevenson told WXYZ (Channel 7) Tuesday. "... He's the fourth part of our family and the bond he shares with our daughter is the reason why my wife and me could not give up."

Red was captured in one of James' live traps in Auburn Hills.

"When it comes to a fearful dog, less is more," James told the station. "He ran from his own family so it wasn't just going to work with just food or coaxing him."

Red was taken to Wilson Veterinary Hospital in Washington Township for X-rays.