The fire took place about 1:20 a.m. at a house in the area of Country Club and Canton, south of Vernier and east of Interstate 94, the Harper Woods Department of Public Safety said in a statement. 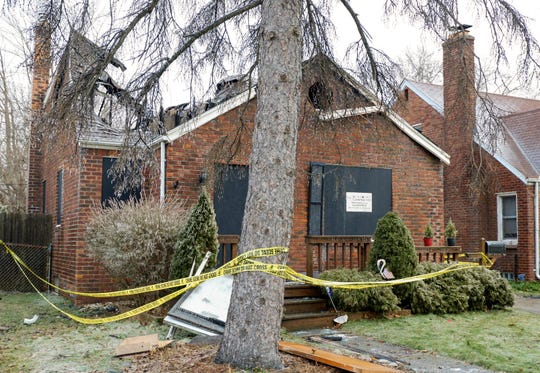 A body was found by firefighters at a home near Country Club and Canton in Harper Woods. (Photo: Kevin Hardy | The Detroit News)

While fighting the fire, officials discovered the victim's body. That person's identity, as well as their cause of death and the cause of the fire, are all undetermined in the early hours of the investigation, but police say foul play is not suspected.