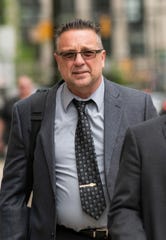 Warner deserves a near-record long sentence because he violated the public’s trust and lied at every step of the investigation, prosecution and trial, according to the government.

The 53-year-old Commerce Township resident was convicted of 10 crimes in June, including bribery, theft and money laundering conspiracies, and obstruction of justice. Prosecutors say he steered $43.7 million worth of airport contracts to three co-conspirators in return for more than $6 million in kickbacks — the highest total in the history of public corruption cases in Metro Detroit.

By comparison, Kilpatrick was convicted of 24 crimes, including racketeering conspiracy, though the amount of illegal benefits he received was approximately $1 million.

“But behind this hardworking façade lay a deceitful and dishonest man,” Assistant U.S. Attorney Eaton Brown wrote in a sentencing memorandum Wednesday. “One who abused not just the trust that the airport placed in him to maintain the water system and much of the airport’s infrastructure, but the public’s trust. Rather than serve the public, Warner corruptly served himself by lining his pockets with money that was not his to take.”

Warner is among more than 108 public officials, bureaucrats and union leaders charged with public corruption in Metro Detroit in the past decade.

A video primer on corruption: Count the kickbacks, cash and bribes pocketed by Metro Detroit's most corrupt UAW bosses, auto execs and politicians. The Detroit News

“Specific deterrence is an important consideration in this case, given Warner’s refusal to acknowledge any wrongdoing, let alone show remorse for his long-running crimes,” Brown wrote. “Consequently, a significant custodial sentence would hopefully deter others who, like Warner, are tempted to fraudulently enrich themselves at the expense of the public’s right to honest public services.”

Jurors deliberated for about four hours last summer before reaching the verdict following a trial that lasted parts of three weeks. In a rare move, Warner testified in his own defense.

Warner, an airport manager and field inspector who also worked for West Bloomfield Township, is the rare indicted public official to stand trial on corruption charges and risk a decades-long federal prison sentence.

Two of the most recent politicians to stand trial in federal court —Kilpatrick and Clinton Township Trustee Dean Reynolds — were convicted and sentenced to double-digit prison sentences. 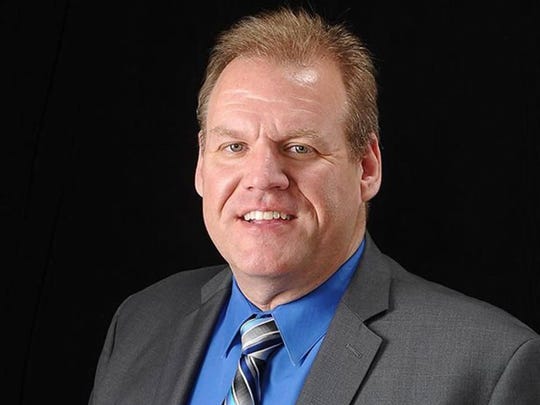 The bribery conspiracy outlined by prosecutors started in May 2010 when Warner was working as a field inspector at the airport approving maintenance and repair contracts. He headed several related schemes involving Metro Detroit contractors, including Romulus businessman William Pritula, whose company William Pritula & Sons held facilities and maintenance contracts at the airport, prosecutors said.

Warner drafted and submitted inflated invoices for work Pritula was hired to perform at the airport, according to the government. The payments totaled more than $18 million.

In return, Warner received approximately half of the profits from the contracts, or more than $5 million, according to the indictment.

Pritula pleaded guilty to bribery and was sentenced to probation. He agreed to forfeit $5.4 million to the government.

Driven by greed: A database of corruption in Detroit

"If it weren't for me, your ass would be out," Warner told one airport contractor, according to the indictment.

That contractor, authorities allege, was Gary Tenaglia of Rochester, who was accused of defrauding the Wayne County Airport Authority of $1.5 million. He was sentenced to 14 months in prison.

During one dinner, Warner and Tenaglia discussed contracts and kickbacks, prosecutors said.

"During the meal, James Warner wrote '5k,' a proposed kickback amount, on a napkin," prosecutors wrote in the indictment. "He folded it and slid it across the table to Gary Tenaglia. After Gary Tenaglia acknowledged the meaning of the writing on the napkin, James Warner retrieved the napkin and ate it."