A Detroit attorney is pushing to have nonviolent and medically "vulnerable" Wayne County Jail inmates released from lockup while awaiting their trials and other court dates, citing possible risk of exposure to COVID-19.

Victoria Burton-Harris hopes to get emergency bond hearings for inmates locked up on lesser charges and is recruiting other attorneys to represent those defendants. She said the coronavirus poses a severe threat to those behind bars.

"Social distancing and self-quarantining is almost impossible in the jails. As a defense attorney, I immediately thought of those in the Wayne County Jail, specifically people awaiting trial and those unable to pay their cash bonds for low-level, nonviolent offenses, including traffic misdemeanors," she said Wednesday. 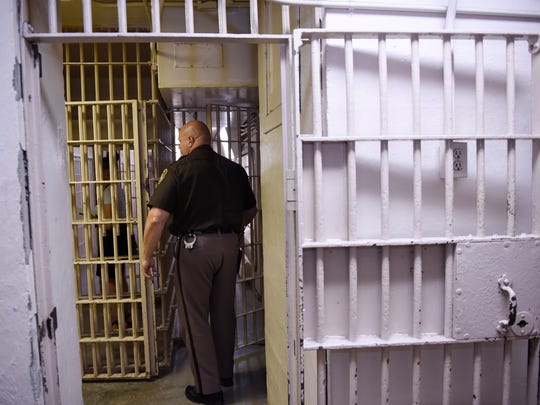 "Water or soap is not readily available for near-constant hand washing," she added. "Hand sanitizer is not allowed in jails," for fear of inmates drinking it for its alcohol content.

Officials with Wayne County Circuit Court and others planned to meet Wednesday to discuss the issue.

About 23 attorneys have signed up to file or argue bond motions, said Burton-Harris.

"I felt we needed to act quickly to come together and file emergency motions for personal bonds," she said. "Our efforts are focused on non-violent and low-level offenders, which includes most misdemeanors as well as traffic offenses such as driving while license suspended. These are folks being held only because they cannot afford bail."

Burton-Harris said she estimates several hundred Wayne County Jail inmates could be eligible for release on bond due to their non-violent status and health issues resulting from a respiratory condition or advanced age.

"We are looking to identify all defendants who are either vulnerable or held on non-violent offenses," she said in her appeal to other attorneys.

"Everyone should be working together to reduce the (jail) population to keep us all safe," said Phil Mayor, senior staff attorney for the ACLU of Michigan, who wrote the template for the motions.

"It's dangerous," he said. "People who cycle through jail become a possible source of transmission."

Mayor said judges should have "very specific and concrete" evidence that a defendant would harm specific members of the public or be a flight risk to justify denying a bond modification.