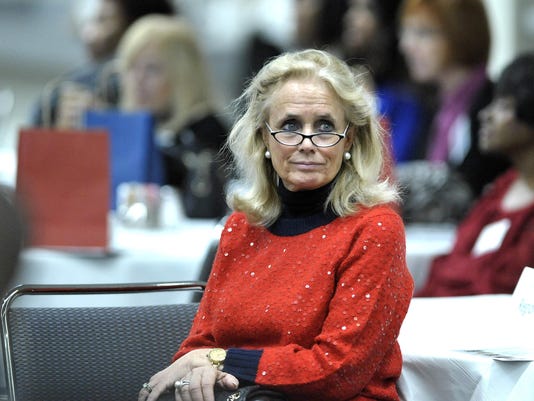 VA Ann Arbor Healthcare System officials said Monday its hospital is performing some surgeries and plans to resume full case-loads soon as a probe into contamination of surgical equipment is complete.

That comments follow a letter Monday from U.S. Rep. Debbie Dingell, D-Dearborn, to the health system’s director seeking details after learning “recent surgeries for veterans were canceled or moved to another facility because particulate matter was observed on sterile surgical equipment,” she wrote.

Derek Atkinson, public affairs officer for the healthcare system, said a surgery “stand-down” was implemented the week of Veterans Day this month after staffers noticed a “speck” of micro-particulates — inorganic material — in a surgical equipment case. That matter is believed to have originated with a water main break in the hospital sterilization processing area but was not on the surgical tools, he said.

“This was after the sterilization process and before they were used in the OR. So no veterans were ever in harm’s way.”

Consequently, surgeries were not performed for several days, experts were brought in to evaluate the sterilization process and some equipment was replaced, Atkinson said. Meanwhile, patients were offered the option of undergoing surgery at the University of Michigan Health System or rescheduling the procedures later, he said.

Dingell lauded the hospital staff in her letter, saying they deserve “credit for their awareness and for recognizing and diligently reporting these incidents.” Atkinson said: “We applaud our staff for catching these micro-particulates. We see this as a proactive measure.”

The hospital remains on a limited surgery schedule; officials hope to resume full case-loads soon, Atkinson said. “This is really a proactive measure that we’ve been taking because patient safety is our top priority. We’ve seen a positive outcome from what we’ve done thus far but there still needs to be more done to ensure that when we open up a case, there’s not even one micro-particulate in that case.”

Dingell said Monday the situation is concerning, especially since the VA Ann Arbor Healthcare System was investigated for a similar issue last year.

In June 2014, a federal investigator said the Ann Arbor facility had not dealt adequately with complaints about unsafe practices.

In a statement Monday issued at the time as the letter, Dingell noted that the U.S. Office of Special Counsel and the VA Inspector General eventually issued a report verifying that changes were made after the 2014 incident. But in the letter to Robert P. McDivitt, director of the VA Ann Arbor Healthcare System, she requested information about the status of construction on a new Sterile Supply Service area, which the 2014 investigation focused on, as well as steps and procedures to ensure patient safety.

“Our veterans have made numerous sacrifices for our nation, and we have an obligation to make sure they are properly cared for,” she wrote. “Your answers will help ensure that all appropriate actions are being taken to ensure this issue is properly addressed and that you have the resources you need to do the job.”