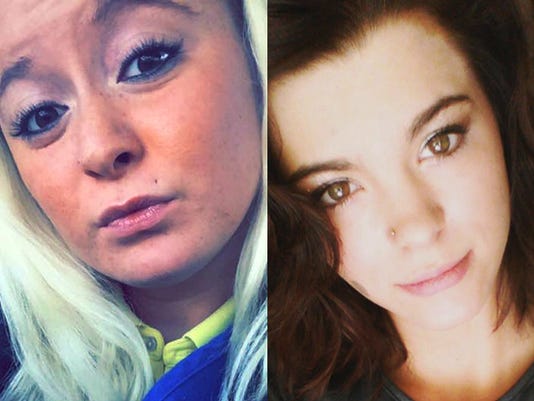 Jessica Forgie, 20, left, and Bree Pellow, 21, were returning from a California vacation when their pickup truck broke down west of Reno.(Photo: Facebook)

It began as a tawdry road trip, a way for two Michigan women to make money stripping in Florida.

It turned into a viral Twitter tale about a weekend gone awry, involving prostitution, kidnapping, a suicide attempt and murder.

Now Hollywood wants to make a movie, with actor James Franco announcing in February he is developing a film about the escapade.

Millions of people read, retweeted and commented on the Twitter story last year, saying they found it cool, compelling and darkly funny.

But groups that fight sex trafficking said there’s nothing humorous about what supposedly happened in Florida or the following week in Nevada.

A Roseville man who accompanied the women to Florida then flew to Reno to meet two other Michigan women, said police. Several days later, he was charged with sexually assaulting one and forcing the other into prostitution. 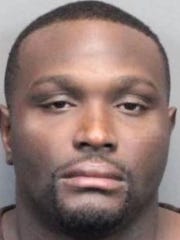 Akporode Uwedjojevwe, 35, who faces up to life in prison, is scheduled to be tried in September in Washoe County District Court in Reno. He was released from the Washoe County Jail after posting $150,000 bond but, under conditions of his release, must stay in the county until the trial.

The Polaris Project, a Washington, D.C.-based group that fights human trafficking, said the incidents show how easily people can be forced into the sex trade.

“They’re there because somebody, some third party, is holding them there, with violence and lies and threat and debt and all these different forms of coercion,” said Bradley Myles, CEO of Polaris.

Jessica Forgie, who was allegedly assaulted by Uwedjojevwe, told The Detroit News she feels lucky to be alive.

“It’s one of those insane movie stories that are actually true,” she said.

Forgie, 20, of Swartz Creek in Genesee County said she plans to testify at the trial.

One of the two women who went on the Florida trip was Aziah Wells, 21, of Farmington Hills.

After she returned home, she described the trip in 148 tweets. (Wells has since moved to California.)

“Okay listen up,” she started. “This story long. So I met this white (blank) at hooters.”

The tweets didn’t get much reaction so she embellished some details and reposted them in October.

It was read so widely it earned the hashtag “The Story.”

Among the celebrities who retweeted it were rapper Missy Elliott and Ava DuVernay, director of “Selma.”

Readers began using some of writer Wells’ expressions, like “vibing over our hoeism” and “lost in the sauce.”

Parts of the Twitter saga were corroborated by The Detroit News, while other portions were contradicted by interviews, public records and online posts by witnesses. 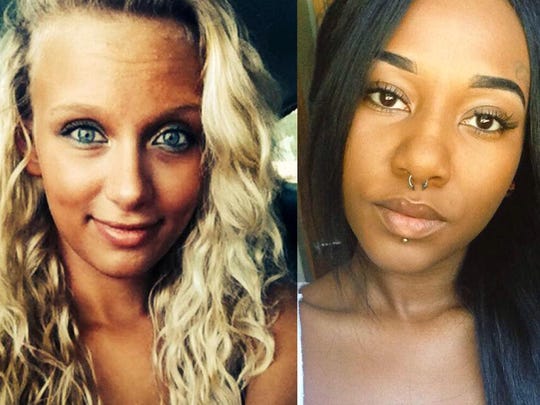 Jessica Swiatkowski, 21, left, and Aziah Wells, 20, were dancers at exotic clubs in Detroit who took a trip to Florida to dance in topless clubs. (Photo: Facebook)

It begins in March 2015 at a Hooters in Roseville.

Wells was working as a waitress at the restaurant when a young woman called her over to her table, Wells tweeted.

The two women began talking and learned they had something in common beyond prominent tattoos.

Wells, who has “One Love” written above her left eye, and Jess Swiatkowski, who has “X-X-X” on her left collarbone, were dancers at exotic clubs in Detroit.

They exchanged phone numbers and, a few days later, Swiatkowski, 21, texted Wells to see if she wanted to accompany her to Florida, where they could dance in topless clubs, Wells tweeted.

The women were joined by Jarrett Scott, who had been dating Swiatkowski for six weeks, and Uwedjojevwe, who had been friends with her for several years, for the 17-hour car trip to Florida. 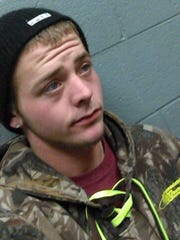 Uwedjojevwe was a convicted felon who had recently served three years in prison for assault, drug and gun charges, according to Michigan court records.

The women danced at several topless clubs in Tampa but didn’t make much money, so Uwedjojevwe asked if they wanted to “trap,” or engage in prostitution, Wells tweeted.

He took their cellphones and found photos of them and posted them on Backpage, a classified website popular with sex workers.

“I am mind blown at this point,” Wells wrote.

Swiatkowski went to the hotel room of a man who turned out to be a pimp, Wells tweeted. His beds were covered with Victoria’s Secret lingerie and Michael Kors purses.

The pimp tried to talk Swiatkowski into working for him, Wells tweeted. When she refused and tried to call Uwedjojevwe, the pimp took her phone and threw it against a wall, breaking it.

After Swiatkowski fled the hotel and told Uwedjojevwe what happened, he went to the hotel room and shot the pimp in the face, killing him, Wells tweeted.

In truth, Uwedjojevwe told the hotel clerk to call police because a man had tried to kidnap his girlfriend, said Scott, 22, of Oxford.

When Swiatkowski said she was going to stay in Florida, a distraught Scott began hitting himself in the face, Wells tweeted.

“This white (blank) starts PUNCHING HIMSELF!!!! Like crazy people do dawg!!,” Wells wrote. “I was like OH HELLLL NAWELLL”

When Swiatkowski still refused to leave, Scott leaped off the fourth-floor balcony, but his fall was broken when his pants snagged on something, Wells tweeted.

Scott told The Detroit News he had threatened to jump but never did so.

When Scott later told his friends about his crazy weekend, they didn’t believe him, he said.

“I guess they believe me now,” he said.

One week after the Florida fiasco, Forgie and Bree Pellow were returning from a two-week vacation in California when their pickup broke down west of Reno.

They had little money, so they asked for help on Facebook, Forgie said. Pellow, 21, of Flint received a reply from a friend in Florida. It was Swiatkowski.

Swiatkowski said she and a friend would fly to Reno, the women could make money dancing for a few days, and then everyone would fly home to Michigan.

“We were stuck in the middle of Nevada with no car, no nothing,” Forgie said. “I was, like, I just want out of here.”

Swiatkowski and Uwedjojevwe sent a car to pick up the stranded women, met them at the Reno-Tahoe International Airport, and they checked into the Atlantis Casino Resort in Reno, Forgie said.

After a late dinner, Forgie and Pellow were ready for bed when Uwedjojevwe asked if they were ready to start working.

He took their phones and, like he did in Florida, found their photos and posted them on Backpage, Forgie said.

Uwedjojevwe took Forgie to another hotel while Pellow and Swiatkowski stayed behind. Pellow declined comment but has said she didn’t engage in prostitution.

Forgie said Uwedjojevwe sexually assaulted her at the Peppermill Resort and she reported it to the hotel clerk, who called police.

“We had just had a two-week vacation. Everything was good,” Forgie said. “On the way home everything went to (blank).”

Uwedjojevwe, who was arrested at the Peppermill Resort, comes from a well-to-do family in Bloomfield Hills.

His late father was a pediatrician, mother was an educator, and brother and sister were medical students, said his attorney when Uwedjojevwe was sentenced in 2013 for assaulting his girlfriend in Bloomfield Hills.

Uwedjojevwe has been diagnosed with a bipolar disorder but doesn’t take medication, said the lawyer, Roy Johnson, according to a transcript of the hearing.

After watching Uwedjojevwe through two trials, (the first ended with a hung jury), she told Uwedjojevwe he was an abusive person who intimidates and manipulates others, according to the transcript.

After the story went viral, Wells quickly sought to capitalize on it.

She and her mom, Nichelle Watkins, hired an attorney to copyright the Twitter tale and shop it to Hollywood, Wells wrote on Facebook.

They trademarked her phrases, selling “Hoeism” and “Lost in the Sauce” beanies, buttons, T-shirts and hoodies.

Watkins, who became her daughter’s manager, moved the family to California in January to pursue other entertainment options, Watkins said on Facebook.

They live in Menifee, 80 miles southeast of Los Angeles.

“It’s a Gated Community so No Paparazzi,” Watkins wrote on Twitter in January. “My Beautiful Blessed on the Rise to Fame Family.”

Watkins, who has eight kids from four marriages, is interested in reality television.

She sees her family as the next Kardashians.

In February she retweeted an MTV photo of the Kardashian matriarch, Kris Jenner, with her daughter Kendall.

“Shout out to all of the Momagers out there,” it read.

Wells, who is pregnant, invited the public to her baby shower last month. She was registered at Target and Babies “R” Us.

Anyone attending the event, which was filmed, had to sign a release in case Wells and her mother want to use their images in any future endeavors.