Nearly 50 years later, John Norman Collins’ case is being resurrected by a man who once had an altercation with him

Correction: Eastern Michigan University student Joan Schell disappeared in 1968. The year of her disappearance was incorrect.

For decades, a man known as the “Michigan Murderer” has been quietly serving a life sentence for the death of an Eastern Michigan University student who was last seen alive in 1969.

John Norman Collins, a former EMU student, is incarcerated in the Upper Peninsula for the death of Karen Sue Beineman — the last of seven women killed in a string of brutal deaths near the EMU and University of Michigan campuses. The coeds’ deaths were documented in the true crime novel “The Michigan Murders,” regarded by some as required reading for EMU students.

Now, nearly 50 years later, Collins’ case is being resurrected by a man who once had an altercation with him.

Greg Fournier, a former EMU student now living in California, wrote “Terror in Ypsilanti, John Norman Collins Unmasked,” chronicling the era of murders that began in 1967 and terrified the Ypsilanti and Ann Arbor regions until Collins was convicted of one of the killings. 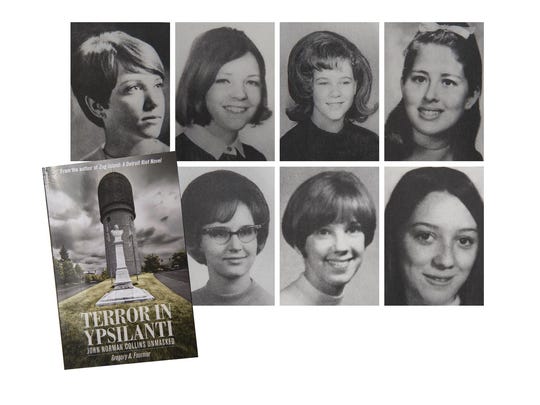 Fournier, who speaks this week at venues near EMU’s campus, said his book sets the record straight about what happened.

“This is a story that has never been fully told,” said Fournier, a retired English teacher living outside San Diego. “I wanted to restore the historical record, and pay a debt to history.”

Collins, reached by mail, declined an interview. But in a recent letter to The Detroit News, he called Fournier “a busy little beaver trying to drum up anything he can in order to locate a publisher” and chose to self-publish the book.

“That should say SOMETHING about the content of his book,” Collins, 69, wrote from prison in Marquette. “I haven’t been cooperative with Greg in the past and I believe that upset him. I may be wrong, but, I do not see how someone can write a book about anyone with only HERESAY & SPECULATION and wants to call it nonfiction.”

Collins was convicted of just one of the seven murders in the Ypsilanti/Ann Arbor area during a two-year period in the late 1960s; the slayings stopped after he was arrested. The prosecutor at the time had evidence but only charged Collins with one murder to ensure he went to prison and didn’t get out.

The murders of the women were savage, involving rape, strangulation, stabbing or beating. They began in July 1967 when 19-year-old EMU student Mary Fleszar of Willis went missing after going out for a walk. Two months later, her body was found on an abandoned farm in Superior Township. An autopsy showed she suffered about 30 stab wounds in the chest and abdomen; a forearm and hand were missing and her feet were severed at the ankles, according to Fournier’s book.

Almost a year passed before another EMU student, Joan Schell, disappeared after hitchhiking in front of the student union in June 1968. Her body showed up, with many stab wounds, a week later in Ann Arbor.

Then, between March and July in 1969, five more went missing, then later turned up dead. Among them were two teenage girls, two University of Michigan students and another EMU student. Investigators also suspected there might have been a connection to a girl murdered in California.

Chris Bowditch, who was a teenager living in Ann Arbor in the late 1960s, remembers it as a terrifying time. He and fellow high school students would sometimes go out at night and prowl the back roads, thinking they might help police and catch the killer returning to the scene of the crime. 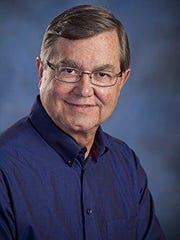 “Everybody was talking about what was going on in Ypsilanti and with these coeds, and who was doing it,” said Bowditch, 65 and now living in Ypsilanti.

Collins was arrested for the murder of Beineman, convicted and handed a life sentence in 1970 that he is still serving.

At the time, Edward Keyes, a New York-based journalist turned author, was reading about the case in the New York Times. A fan of Truman Capote, Keyes spent five years researching and writing “The Michigan Murders,” which was published in 1976 and won the Edgar Allan Poe Award for best fact crime in 1977. Originally published by Readers Digest Press, the book was re-released by the University of Michigan Press in 2010 and continues to sell.

Fournier, an Allen Park native, was an EMU student in the late 1960s when Collins was a student at the university. The two had a run-in in 1968 when Fournier was walking down Emmet in Ypsilanti with his live-in girlfriend. Collins drove by them in a car with two other guys and flirted with Fournier’s girlfriend, according to Fournier.

While Fournier said that Collins threatened him then, he insists his book is not about revenge. Rather, he said he was haunted by the murders and the account presented in “The Michigan Murders,” which he calls a “novelization” of history. It relied on narrative techniques, and fictionalized most of the names in the book, including the victims, family members and friends. Even John Norman Collins’ name was changed to John Armstrong.

He pored over thousands of documents from Michigan State Police, talked with hundreds of people and worked with local researcher Ryan Place for five years. “Terror In Ypsilanti” is divided into three parts: the crimes, the trial and Collins’ prison years. Unlike the 1976 book, it includes pictures of the victims, a map of where all the bodies were found and comments from family members that are still living.

Whether the book will trump “The Michigan Murders” as the go-to book on the crimes remains to be seen. About 400 copies of the book have been sold since it was published in August, Fournier said.

Stephen Keyes, son of the now-deceased Edward Keyes, wasn’t aware of Fournier’s new account but said it can only be good for his father’s book. But he said it’s unlikely he will read Fournier’s book.

“I wouldn’t read my fathers book again,” said Keyes, a San Diego resident. “It’s too rough on my psyche.”

Collins said he has a copy of “The Michigan Murders” in his duffel bag.

“I’ve had a Hard Cover version of this book since the early 1980s and still haven’t been able to read it cover-to-cover, only bits and pieces,” Collins wrote in his letter to The News. “Keyes made some statements about my family, etc., that were so distorted that I couldn’t read it any further. How does anyone CORRECT the ERRORS that have been incorrectly written for the world to see/read! It cannot be done.”