The panel adopted a resolution to convene at least three public meetings on Flint water, including one within 30 days 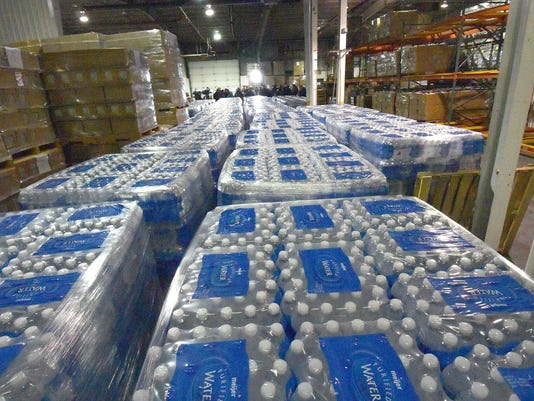 The commission, created under the state constitution and appointed by the governor, unanimously adopted a resolution to convene at least three public meetings on Flint water, including one within 30 days. Dates have not yet been finalized.

“What is happening in Flint will have far-reaching consequences for the people who live and work there, many of whom are protected by state and national civil rights laws,” Civil Rights Commission co-chair Arthur Horwitz said. “We have an obligation under our constitutional mandate to investigate allegations of discrimination, including disparate treatment based on race, color, national origin or any other protected status.”

Residents in Flint, a predominately African-American community, continue to rely on bottled water and tap filters after officials confirmed findings of elevated lead levels in drinking water and the blood of children.

The area also saw a spike in Legionnaires’ disease after the city switched off Detroit to Flint River water in April 2014. Flint moved back to Detroit water in mid-October.

The commission will try to decide whether the civil rights of Flint residents have been violated or abridged “as a result of actions resulting in the provision of unsafe water to Flint residents through the public water system,” according to the panel’s resolution.

The eight-member commission can have no more than four members from one political party.

Republican Gov. Rick Snyder said Friday on MSNBC’s Morning Joe that the city’s water contamination crisis has nothing to do with race, or what critics have called environmental racism.

“Absolutely not,” Snyder said. “Flint is a place I’ve been devoted to helping. ... Several cities, Detroit, Flint, Pontiac, Saginaw — I’ve made a focused effort since before I started in office to say, we need to work hard to help people that have the greatest need.”

Spokesman Dave Murray noted Snyder has said he will cooperate with any authority investigating the situation.

Harvey Hollins, Snyder’s director of urban initiatives, on Monday addressed the commission during a regularly scheduled meeting. The governor has tapped Hollins to coordinate response efforts in Flint.

“People all over the country and indeed the world are concerned about the people of Flint, and many are working tirelessly to solve this crisis,” said Rasha Demashkieh, co-chair of the state Civil Rights Commission.

“Everyone – those who are directly impacted as well all who are trying to help – deserve our best effort to find out if discrimination played any role.”