When Diana Hussein selected her Twitter handle by glancing at a can of Diet Dr Pepper while taking a research class in 2009, she never imagined that fateful choice might one day help others in need.

The Dearborn resident recently agreed to let the company behind the popular soft drink take her well-known moniker in exchange for some 41,000 water bottles distributed to Flint residents affected by the water crisis.

To her, it was all about seizing a flood of support.

“As long as you’re bold, there is a way to make things happen if you are given those opportunities,” Hussein said Tuesday night.

The communications specialist kept the handle @DietDrPepper as the micro-blogging site exploded and her musings on everything from athletics to pop culture eventually earned numerous followers. But she said the company that produces her beloved soda only reached out this year about seriously trading it. 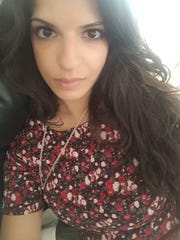 Officials initially offered “swag,” but Hussein requested another boon. The 29-year-old instead asked that Dr Pepper Snapple Group, which owns Deja Blue water, aid the families still grappling with the outcome of aging pipes having leached lead into the city’s drinking water supply. So, in early March, they carted a whole truckload toting an estimated $5,000 worth of water bottle pallets to the Food Bank of Eastern Michigan.

“You can never really predict a situation of this magnitude,” Hussein said.

Though Dr Pepper Snapple Group already “made a sizeable contribution of water through our Flint sales and distribution branch to a number of community organizations,” public relations manager Brian Bell said, “Hussein presented us with a fantastic opportunity to help further ... and we jumped at this opportunity. Rather than accepting any compensation for this Twitter handle as many might expect, she put the needs of her community first and we were happy to oblige.”

At her new Twitter handle, users applauded the act.

The virtual reaction has been “overwhelming,” Hussein said. “I’m impressed how positive the Internet has been. Normally there’s a lot more negativity coming from people. … Even my father was reading comments and he was really overwhelmed by what people are saying.”

Along with the donation, Hussein hopes others step up to help as the Flint water crisis continues.

“Those people are still greatly affected,” she said. “The outlook for when things are going to be fixed for them is not any time soon.”