Lawyer: AG ethics opinion in Flint litigation will 'come back to haunt them'

An attorney representing thousands of Flint residents in state and federal lawsuits plans to challenge the dual roles of an assistant attorney general.

Lawyer: AG ethics opinion in Flint litigation will 'come back to haunt them' 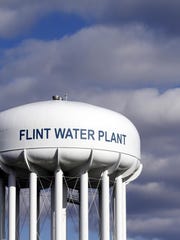 An attorney representing thousands of Flint residents in state and federal lawsuits plans to challenge the dual roles of an assistant attorney general assigned to the cases. (Photo: Carlos Osorio / AP)

An attorney representing thousands of Flint residents in state and federal lawsuits plans to challenge the dual roles of a single assistant attorney general assigned to represent the state employees’ interest in some civil Flint water lawsuits and the interests of Michigan residents in another.

The remedy sought in court could be as far-reaching as the disqualification of Attorney General Dana Nessel’s office from all Flint-related litigation, said Corey Stern, a New York-based attorney representing 2,500 Flint children and lead counsel for Flint plaintiffs.

“Their motivation for fighting this fight is bewildering to all the litigants I’ve discussed this with,” Stern said. “I think it will ultimately come back to haunt them in terms of the entirety of the litigation.”

Stern expects to file the motion next week opposing Assistant Attorney General Richard Kuhl's dual role in the Flint litigation, where he serves as both defense for the state in several Flint water lawsuits and as a representative for the people of Michigan in a civil lawsuit against engineering firms linked to the Flint lead-contaminated water crisis.

An ethics officer in the Attorney General's office ruled last week that there is no conflict in Kuhl's dual roles because the office's interest in the “health, safety and welfare” of Michigan residents doesn't hurt its interest in “protecting the state treasury."

Nessel's office said it stands by the ethics officer's opinion on the issue.

In an interview with Stateside radio Wednesday, Nessel said her office went to great lengths to consult with an ethics officer and plans to continue holding the engineering firms accountable.

"It is my interest and frankly my passion to ensure that justice is done," she said.

The potential conflict developed when Solicitor General Fadwa Hammoud fired Special Assistant Attorney General Noah Hall from his lead role in a state-initiated civil lawsuit against engineering firms contracted for work leading up to the Flint water switch in April 2014.

Appointed special counsel under Republican former Attorney General Bill Schuette, Hall had spearheaded a civil lawsuit “on behalf of the people of the state of Michigan,” alleging professional negligence by engineering and consulting firms Veolia and Lockwood, Andrews & Newnam (LAN) in relation to work the companies did on Flint's water system.

Hall was fired a month after a wide-ranging radio interview in which he said the Flint water investigation should explore the Attorney General's office's culpability related to an administrative consent order the office signed allowing the city to switch to Flint River water.

The Nessel's office has said Hall was never authorized to speak to the press and the January interview was one of the factors that led to his firing.

Citing a desire to bring the case under career prosecutors, Nessel appointed Kuhl to the case. The decision was met with concern by Hall, who had handled the civil case without pay.

“It’s just plain wrong that the people of Flint are now being represented by the attorneys who represented and continue to represent (former Gov. Rick) Snyder and have maintained no harm was done there,” Hall said last week.

In the March 1 letter to Stern, Monticello said no conflict exists with the arrangement because the state’s interests are “aligned” in both cases. But he admitted, “it is not surprising that scenario would raise the specter of a conflict of interest.”

The opinion highlights the unique position of the attorney general's case, which plays a variety of roles in different sorts of litigation, said Washington University Law Professor Kathleen Clark. As such, the law provides a carve-out or recognition of that position that allows the office latitude that might not be afforded to a private lawyer, she said.

"The fact that the Attorney General’s office pursues both of those goals doesn’t mean those goals are the same; it means those goals have to be accommodated," Clark said.

Stern said he disagreed with Monticello’s decision and questioned why the Attorney General’s office would have used a former member of the office to review such a matter.

"I’m really sad that they’re taking this position," Stern said. "They’ve decided to draw a line in the sand on this issue.”