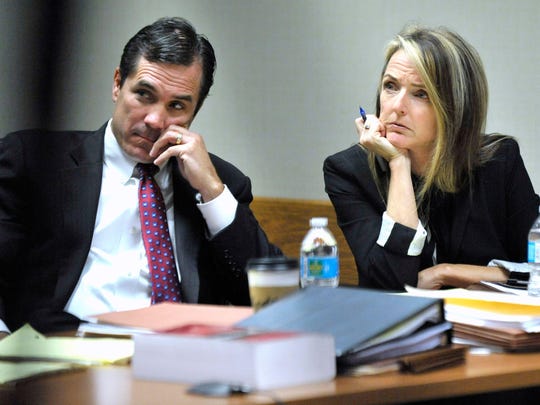 Flint – A judge on Friday rejected a six-month freeze in the involuntary manslaughter case of Michigan’s former health director, who is accused of failing to timely warn the public about a Legionnaires’ disease outbreak during the Flint water crisis.

A new team of prosecutors said it needed more time to assess and collect evidence after learning about 23 boxes of records in a state basement. But Judge Joseph Farah said the discovery has no practical impact on his next step in the case.

Farah must decide whether to affirm or throw out another judge’s decision to send Nick Lyon to trial. Lyon, who was director of the Michigan health department under then-Gov. Rick Snyder, is charged in the deaths of two men who had Legionnaires’.

Farah said he’ll make his ruling no later than June 14, a month later than planned. A separate decision on misdemeanor charges is expected next week.

The Legionnaires’ outbreak occurred while Flint was using the Flint River in 2014-15. The system was contaminated with lead and bacteria after corrosive water wasn’t properly treated.

Fadwa Hammoud of the state attorney general’s office fired special prosecutor Todd Flood on April 16. She accused him of mishandling the production of records and other evidence collected from state agencies. He has defended his work, saying he acted professionally.

Farah defended him, too, saying he would be “astonished” if Flood had “taken a dive.” The judge also noted that the 23 boxes of records apparently aren’t related to Lyon’s time at the health department.

“This is not about 23 boxes. It’s much bigger than that,” Hammoud said.

Separately, another lawyer from the attorney general’s office appeared in court to speak up for attorneys in the department who had assisted Flood in collecting and cataloging mounds of records. Christina Grossi said there was no wrongdoing by staff.

Outside court, Ron DeWaard, an attorney who represents the health department, also said there was no effort to conceal anything.

“We were fully cooperative” with Flood, he said.