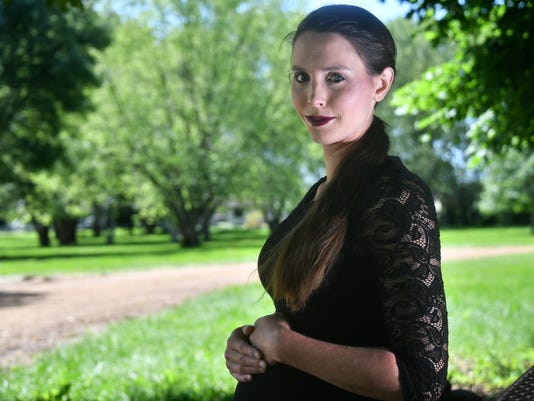 Rachael Denhollander: "Larry is a drop in the bucket. He is a symptom of a problem and we have to deal with the problem: our community response to sexual abuse."(Photo: Dale G. Young, The Detroit News)Buy Photo

After Rachael Denhollander reported that Larry Nassar sexually assaulted her as a young gymnast, many people didn't believe her.

Some voiced disbelief and even attacked her on the internet and elsewhere after her story appeared in a newspaper. They called her a washed-up gymnast who was confused or planted evidence or simply wanted money.

"I heard it all," Denhollander said. "It’s the same response any sex assault survivor receives when they come forward. The cultural dynamics are very consistent: They’re not believed, and they are often accused of making the report for malicious purposes."

But Denhollander weathered the storm alone for months and eventually became a heroine.

Hers was the voice that brought hundreds of other women forward with similar stories and stopped Nassar, the former Michigan State University and USA Gymnastics doctor who sexually assaulted young women for decades and is now known as one of the biggest pedophiles in history.

Denhollander was the last to speak earlier this year during an epic, nine-day hearing in two courtrooms where more than 200 young women gave impact statements about Nassar, who admitted to his crimes before he was sentenced to decades in jail.

"Her voice became the encouragement and empowerment for so many survivors to come forward," said Michigan State Police Det./Lt. Andrea Munford, who was the chief investigator on the case

"She is absolutely my hero and an amazing role model for all women."

Denhollander is now working for change at MSU and other institutions where she said cultural dynamics are still in place, leading to environments with high costs for sexual assault victims to come forward.

"They're not believed and often times they are accused of having made the report for malicious purposes, wanting fame, wanting attention, wanting money, wanting to ruin (a) particular person," Denhollander said. "I don't think you'll encounter a sexual assault survivor who has spoken publicly (and) hasn't had to deal with those dynamics."

Since Nassar has been imprisoned, MSU and more than 300 Nassar victims agreed to a historic $500 million settlement.

But Denhollander said so much more needs to be done.

"Larry is a drop in the bucket," Denhollander said. "He is a symptom of a problem and we have to deal with the problem: our community response to sexual abuse ... What happens to all the other sexual assault survivors? ... They never experience support from their community, because they don’t have an entire army behind them, forcing people to confront sexual assault and reckon with it."

Family: Husband, Jacob Denhollander. Three children and a fourth on the way

Why honored: For her courage in being the first to speak about serial pedophile Larry Nassar, leading hundreds of young women to testify against the physician.