Michiganians: He wanted to be a star big leaguer. She wanted to help save lives — and they're making it happen

The Tigers pitcher and his wife started Kingdom Home, a nonprofit to help vulnerable children in Africa grow up in a safe, nurturing place. The Detroit News

He wanted to be a star big leaguer. She wanted to help save lives — pretty cliched childhood dreams, not unlike many.

The only difference? Matthew and Ashley Boyd are making it happen.

Together, the Detroit Tigers pitcher and his ambitious wife are using their platform and resources to help vulnerable children in Africa grow up in a safe, nurturing place. The couple established Kingdom Home in Uganda last year. The nonprofit now operates four rented homes where 146 children live and are cared for -- each child considered at risk for sex slavery. 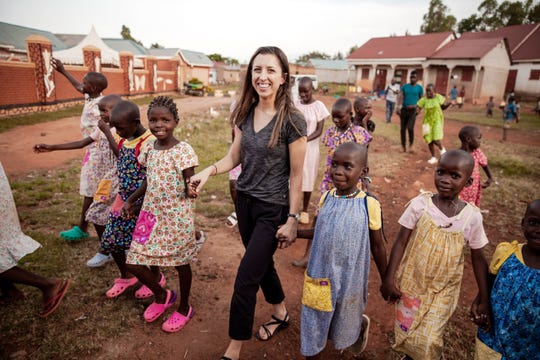 Ashley Boyd walks with children in Uganda. “It’s such a beautiful place and the people are just the most generous and kind and gracious people you’ll ever meet in your whole life,” she said.  (Photo: Kingdom Home)

“I just can’t think of anything worse,” Ashley Boyd said. “If there’s anything that I could do to protect a child from losing their innocence, their purity, the things that make them a child, then I just want to do everything that’s humanly possible to protect them and take care of them.”

Since establishing Kingdom Home last year, the Boyds have raised about $250,000, much of it coming from Matt’s teammates with the Tigers.

More: Meet the 2019 Michiganians of the Year

It’s an issue that’s not easy to talk about, especially in a setting like a major league locker room.

Kingdom Home purchased a rural plot of land that can hold six homes. Already, enough money has been raised for the construction of three homes. A hydroponic farm and two wells have been donated, with solar panels and play areas planned for a completely self-sustaining property.

A former political science major at Oregon State University, Ashley figured her pre-law track was the best way toward her lifelong goal of promoting social justice. Then, working the smoothie counter at the rec center, she met Matthew, who was preparing for his senior season with two-a-day strength training sessions to build up his endurance as a first-time starting pitcher for the Beavers.

He gave her his number, and after doing a little homework on the baseball star, she agreed on a coffee date. Little more than a year later, the Boyds were engaged with an understanding that no limits were allowed inside of their covenant.

“It’s been important to us in our marriage to help each other chase our dreams,” Ashley said. “And so for us obviously, baseball has been his dream since he was young. And I remember telling him before we even got married that I had this dream of helping children around the world.”

Ashley, who gave birth in August to the couple’s second child and dealt with trade rumors involving Matthew throughout the summer, had done an exchange program in high school in Uganda and felt she would return someday in a major way. After a partnering organization, Remember Nhu, presented the Boyds with the story of Dorothy, a widowed guardian of three dozen at-risk children, the couple sprung into action.

“I would hope that if I was working at the Shell station down the street as my occupation that I would’ve done the same thing,” Matthew said. “It’s a little easier when you get in front of a stadium on one of the most storied franchises in American sports history in Major League Baseball.

“More than anything, it really has nothing to do with the platform, just acting on what we heard. I’m so grateful that God has given me this platform just to have a few more eyes on it.” 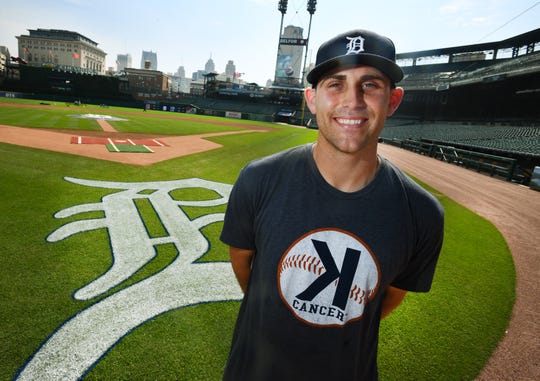 With uncommon selflessness and commitment, the Boyds earned a place alongside pantheon Tigers of the past to earn the Michiganian of the Year award, such as Al Kaline, Alan Trammell and Ernie Harwell.

Five years into calling Michigan their home, Ashley is not taking the distinction lightly.

“They are very hard-working people and take a lot of pride in what they do, but I think that underneath that, there’s such big hearts there,” Ashley said of Michigan. “So we’re thankful that we can be considered Michiganders. I think that’s a compliment.”

For more information, and to see how you can help, visit www.kingdomhome.org.

Why honored: For their efforts to put an end to sex slavery