The hurricane packed sustained winds of 80 mph, but then lost some momentum 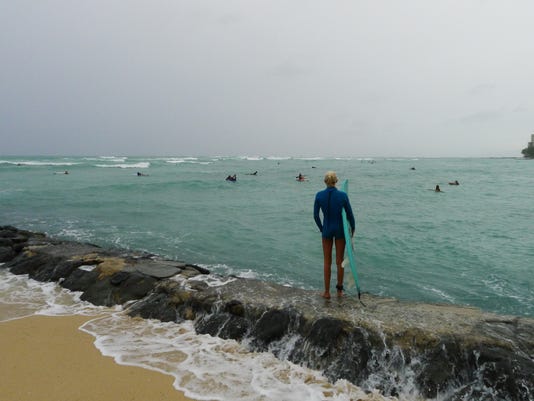 Honolulu — Most Hawaii residents are beginning to relax after days of keeping a cautious eye on Hurricane Ana.

National Weather Service forecasters are predicting the storm will pass by the island chain without doing much damage.

Hurricane Ana had been churning dangerously close for several days, spinning parallel to the islands where residents were urged to be ready in case of a disaster.

Instead the storm mainly stayed to the southwest, bringing little more than heavy rain and big waves.

A tropical storm warning remains in effect Sunday for the islands of Kauai and Niihau, and a hurricane watch has been issued for parts of a few remote northwestern islands, which are home to a largely uninhabited marine sanctuary.

The storm is forecast to pass about 70 miles south of Niihau on Sunday morning.

The have been no reports of injuries, deaths or significant damage.

Since the tempest grew to hurricane force Friday, the center has remained more than 100 miles from land.

The result has been high surf, occasional heavy rains and strong winds, but no reports of significant damage.

The American Red Cross has closed evacuation shelters on the Big Island, but those on Oahu remain open.