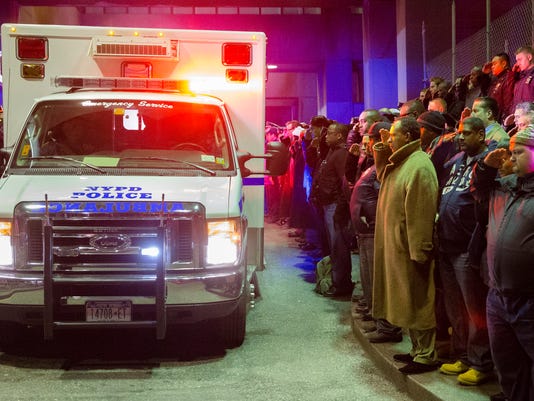 Obama says there's no justification for the slayings. He says police offers risk their own safety to serve and protect their communities and that they deserve the public's respect and gratitude.

Authorities say that before shooting the officers, the gunman announced online he planned to shoot two "pigs" in retaliation for the police chokehold death of Eric Garner. The gunman later killed himself.

Obama is asking Americans to reject violence and harmful words. He's encouraging people instead to embrace words that heal, and to seek out prayer and sympathy for the victims' relatives.

The president's comments come in a statement while he's vacationing with his family in Hawaii.