However, the use of cameras to catch speeders is slowly rising. 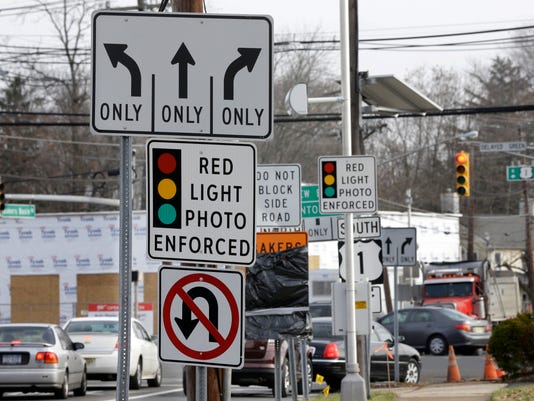 Newark, N.J. — Motorists rejoicing over decisions to discontinue unpopular red-light camera programs don’t have to drive too far for a buzzkill.

The number of red-light cameras nationwide is falling because of opposition from lawmakers and average Joes — but the use of cameras to catch speeders is slowly rising, potentially signaling a new battleground.

The number of U.S. communities using red-light cameras has fallen 13 percent, to 469, since the end of 2012, according to the Insurance Institute for Highway Safety, a nonprofit scientific and educational organization funded by the insurance industry. That includes the 24 towns in New Jersey that participated in a pilot program that ended this month with no pending legislation to revive it.

Meanwhile, the institute estimates that 137 communities use speed cameras, up from 115 at the end of 2011.

Advocates for cameras that catch red-light runners point to data showing they reduce accidents, while critics note that they can’t employ judgment to distinguish between, say, a red-light run during rush hour in a school zone and a technically illegal right turn on a red light at 3 a.m. Speeding, however, is a bit more black and white when it comes to cameras.

New Jersey’s red-light program was beset with problems: a yellow-light timing controversy that caused the cameras to be shut down temporarily; a computer glitch that voided thousands of tickets; and a federal lawsuit initiated by one resident that led to refunds for hundreds of thousands of motorists.

Cameras have also been contentious in Ohio, where the governor signed a bill this month requiring a police officer to be present for traffic-camera citations, something camera backers say negates the practicality of using them to stretch police resources.

“It makes no sense to me,” said Adam Loukx, city law director for Toledo. “It seems worse than whatever they thought they were curing.”

State Sen. Bill Seitz of Cincinnati, who sponsored the bill, said cameras can have their benefits in areas such as school zones, but they too often have resulted in needless ticketing for harmless offenses.

“I think the cities took a kernel of a good idea and put it on steroids and managed to anger a significant amount of the population,” Seitz said.

Critics also charge that towns are more interested in revenue than improving safety. Toledo resident Joel Clark said it’s clear to him that the cameras are money makers.

“They know where to put them to make the money,” he said. “My buddy got four in a week before he knew the camera was there. That’s what, $500? That’s crazy.”

Some consider cameras a valuable safety tool, despite missteps.

“The research is clear that photo enforcement works,” said Russ Rader, IIHS senior vice president. “It’s effective in reducing violations and in reducing crashes, both red-light cameras and speed cameras. There is no question that lives will be lost because New Jersey has decided to end the program.”

Except for parts of the Midwest, both types of cameras can be hard to avoid. A motorist could take a southwestern route from New Jersey to California and pass through only one state — Mississippi — where neither form of camera is in use.

The three states bordering New Jersey all use some form of traffic enforcement cameras, as do nearly half of all states.

In Arizona, speed cameras were used for two years on state highways before Gov. Jan Brewer banned them in 2010. Speeding and red-light cameras are still used in some municipalities after legislative attempts to ban them failed. The state also has struggled with a ticketing system that requires people who ignore mailed violations to be personally served if the case is to proceed.

Both types of cameras have been challenged in courts nationwide. The day before Ohio’s bill was signed, the state Supreme Court ruled 4-3 to uphold for a second time camera use by municipalities. The cameras also survived high court challenges in California and Illinois this year, and a ruling is pending in Missouri, where justices heard arguments this month on cases originating in three communities.

They didn’t survive in Nassau County on New York’s Long Island, where speed cameras were installed in nearly two dozen school locations this year. The county had to forgive more than $2 million in fines due to equipment problems, and in December the county legislature voted unanimously to repeal the program.