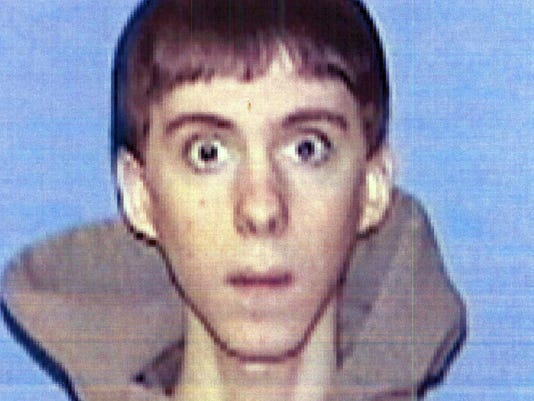 Hartford, Conn. — A Connecticut panel developing a report on the Newtown massacre debated Friday whether the victims counted in the dedication should include the shooter’s mother, a woman who has been faulted for contributing to the tragedy by fostering her son’s fascination with guns.

The gunman, Adam Lanza, began his rampage on Dec. 14, 2012, by killing Nancy Lanza inside their Newtown home before gunning down 26 people at Sandy Hook Elementary School and then killing himself.

A draft of the dedication for the Sandy Hook Advisory Commission’s report references 26 victims, but commissioner Harold Schwartz asked at a hearing Friday why Nancy Lanza should not also be considered a victim. Although the commission ultimately agreed to leave her name out, Schwartz suggested mentioning her at least in a footnote.

“I’m not certain it is morally right to not acknowledge her as a victim,” said Schwartz, a psychiatry professor at the University of Connecticut School of Medicine.

The role of Nancy Lanza, who often took her son to shooting ranges and bought the rifle he would use in the school massacre, has been a vexing question in Newtown. While friends have said she did her best raising a troubled son, a report by the state’s Office of the Child Advocate concluded she contributed to his isolation as she kept him at home, surrounded by an arsenal of firearms as he whiled away hours playing violent video games.

The commission chairman, Scott Jackson, said it is impossible to know how much responsibility Nancy Lanza bears.

“I think that’s why number 27 is always so difficult, because there’s so much we don’t know,” said Jackson, the mayor of Hamden.

The advisory commission, created by Gov. Dannel P. Malloy in the wake of the shooting, plans to issue its report in February with dozens of policy recommendations in areas including law enforcement and emergency response, school design and mental health and wellness.

Several commission members said they had no objection to leaving the dedication intact for the 26 people killed at the school. Commissioner Adrienne Bentman asked how other victims’ families might feel about seeing Nancy Lanza’s name on the same page with those of their loved ones.