Authorities say a tanker truck carrying nearly 9,000 gallons of fuel has caught fire on a major highway in New Jersey 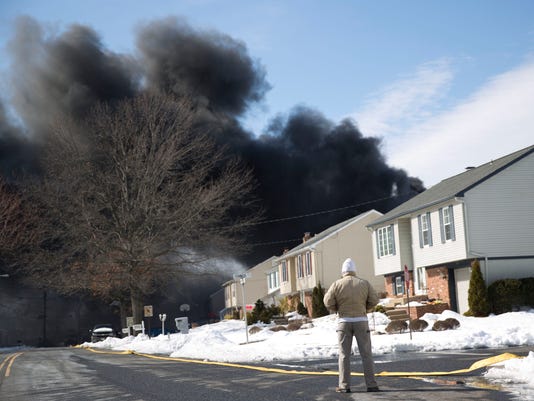 The fire broke out shortly after 11 a.m. Monday, when the truck overturned on the Route 90 on-ramp to Route 130 in Pennsauken.

Firefighters began dousing the truck n with foam around noon, and it appeared to be out 10 minutes later, but it then reignited. Firefighters had it mostly under control again by 12:20 p.m.

The smoke could be seen 5 miles away in downtown Philadelphia.

Nearby homes are being evacuated as a precaution, and traffic is being diverted.

Authorities say the driver got out of the vehicle.

It’s not clear what caused the truck to overturn.