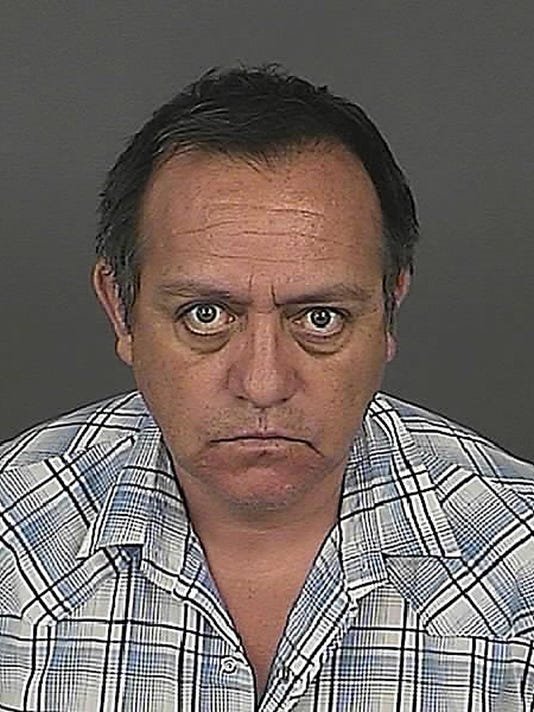 Jason Martinez faces child sex abuse charges in Denver, Colo., but was hired by Albuquerque Schools as an administrator.(Photo: AP)

Attorney General Hector Balderas announced his office will look into why Albuquerque Public Schools’ safety protocols were breached and former deputy superintendent Jason Martinez was hired in June before a background check was completed.

Martinez resigned abruptly last week. It later surfaced that he faces six felony counts of sexual assault on a child in Colorado.

A lawyer for Karen Rudys, the district’s interim assistant superintendent for human resources, said Valentino was informed multiple times about Martinez refusing to complete his background check but ignored those concerns.

Valentino took over as superintendent in June, and the school board plans to vote Thursday on whether he should keep his job.

In a statement, Valentino said he welcomes Balderas’ investigation and believes staff and students’ safety is important.

“We will work cooperatively with the AG’s Office to strengthen these processes and procedures and to ensure that they are followed with fidelity, which is in the best interest of our students, employees and community,” Valentino said.

He did not address the controversy about Martinez’s hiring or comment on his future with the district.

Valentino previously held a top administrative post in the San Francisco Unified School District. He was selected for the Albuquerque district’s top job in June following a national search.

The school board met behind closed doors for five hours late Sunday to discuss the controversy. An audience crowded the meeting, and some demanded that Valentino step down.

Board member Steven Michael Quezada said Valentino’s hiring of Martinez without a background check was “unrecoverable,” and he think it’s best for the district and the new superintendent to part ways.

“Part of me thinks we’d be doing him a favor. It’s just too hostile for him now,” Quezada said. “I know he moved his family here, and he bought a house. But it’s just not fixable.”

According to an affidavit, authorities allege Martinez assaulted a child who was in his care. Another alleged victim reported that Martinez sexually assaulted him while on a trip to Las Vegas.

No phone listing could be found for Martinez, and a message seeking comment from his attorney, Michael Meaux, was not immediately returned.

Martinez’s trial in that case is scheduled for Oct. 9.

One victim told police he came forward because “Jay has been touching people.” The children knew Martinez as Jay.

Martinez also faces a domestic violence charge for allegedly striking two men in a nightclub district in January. The next hearing in that case is scheduled for Oct. 18.