Former peanut exec gets 28 years in prison for outbreak

Stiffest punishment ever for a producer in a foodborne illness case

Former peanut exec gets 28 years in prison for outbreak 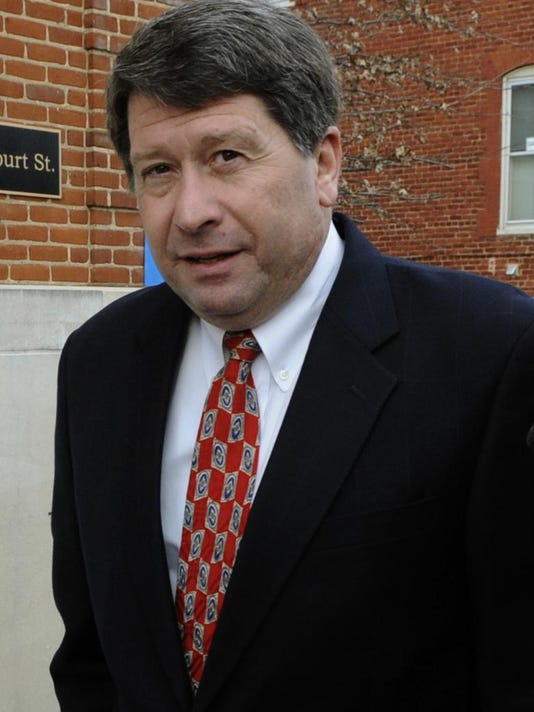 Albany, Ga. — A former peanut company executive was sentenced Monday to 28 years in prison for his role in a deadly salmonella outbreak, the stiffest punishment ever handed out to a producer in a foodborne illness case.

The outbreak in 2008 and 2009 killed nine Americans and sickened hundreds more, and triggered one of the largest food recalls in U.S. history.

Before he was sentenced, former Peanut Corporation of America owner Stewart Parnell listened from his courtroom seat as nine victims testified about the terror and grief caused by peanut butter traced to the company’s plant in southwest Georgia.

One of the victims was 10-year-old Jacob Hurley, who was just 3 when he was stricken by salmonella from peanut butter crackers that left him vomiting and rushing to the toilet for nearly two weeks.

“I think it’s OK for him to spend the rest of his life in prison,” Jacob told the judge.

Jeff Almer said his 72-year-old mother was battling back from cancer when she died in December 2008 after eating peanut butter from Parnell’s plant.

“You took my mom,” Almer said. “You kicked her right off the cliff.”

When a jury convicted Parnell and two co-defendants a year ago, experts said it was the first time American food processors had stood trial in a food-poisoning case.

A federal jury convicted Parnell, 61, of knowingly shipping contaminated peanut butter and of faking results of lab tests intended to screen for salmonella. Judge W. Louis Sands estimated Parnell faced up to 803 years in prison for his crimes.

“These acts were driven simply by the desire to profit and to protect profits notwithstanding the known risks” from salmonella, the judge said. “This is commonly and accurately referred to as greed.”

Federal investigators found a leaky roof, roaches and evidence of rodents at the plant, all ingredients for brewing salmonella. They also uncovered emails and records showing food confirmed by lab tests to contain salmonella was shipped to customers anyway. Other batches were never tested at all, but got shipped with fake lab records saying salmonella screenings were negative.

Emails prosecutors presented at trial showed that Parnell once directed employees to “turn them loose” after samples of peanuts tested positive for salmonella and then were cleared in another test. Several months before the outbreak, when a final lab test found salmonella, Parnell expressed concern to a Georgia plant manager, writing in an Oct. 6, 2008, email that the delay “is costing us huge $$$$$.”

Parnell, who didn’t testify during his trial and stayed silent years ago when called before a congressional hearing, apologized to the courtroom full of victims and their relatives.

Speaking in a shaky voice and wearing a rumpled white shirt and khaki pants, Parnell acknowledged problems at his peanut plant, but he never addressed the emails and company records.

“I am personally embarrassed, humiliated and morally disgraced by what happened,” he said, acknowledging that some might see his apology as coming too late.

“It’s been a seven-year nightmare for me and my family,” Parnell told the judge. “All I can do is come before you and ask for forgiveness from you and the people back here. I’m truly sorry for what happened.”

Members of Parnell’s family pleaded for leniency. His mother, Zelda Parnell, told the judge both of her sons “have suffered for years.”

“They lost their income, all their material things and worst of all their pride,” she said.

Stewart Parnell buried his face in the palm of his hand when his daughter, Grey Adams, told the judge that “my dad’s heart is genuine.”

Three deaths linked to the outbreak occurred in Minnesota, two in Ohio, two in Virginia, one in Idaho and one in North Carolina.