Mumia Abu-Jamal to testify at hearing on medical care

Mumia Abu-Jamal to testify at hearing on medical care 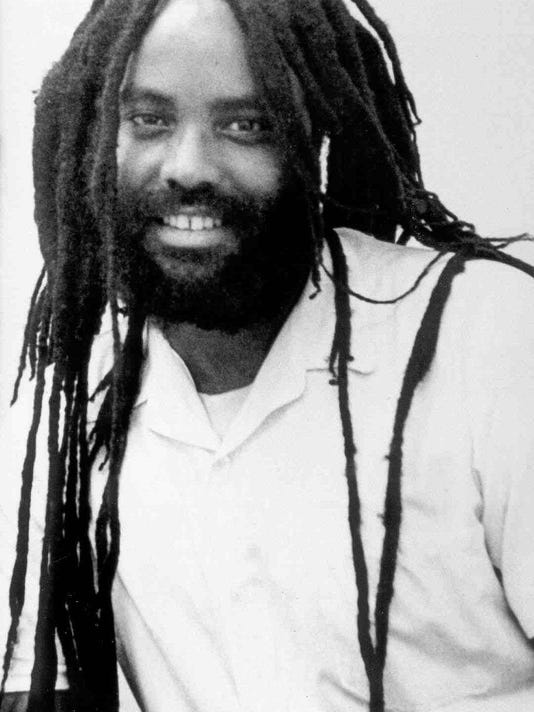 This undated file photo shows convicted police killer Mumia Abu-Jamal. Former death row inmate Mumia Abu-Jamal will get a chance to tell a federal judge that his medical care for hepatitis C and other health problems has been inadequate.(Photo: Jennifer E. Beach / AP)

Scranton, Pa. — Claiming prison officials have shown “deliberate indifference” to his health, former death row inmate Mumia Abu-Jamal will get a chance to argue his case before a federal judge.

Abu-Jamal, 61, the former Black Panther and radio journalist serving life in prison for the murder of a white Philadelphia police officer more than 30 years ago, says in a lawsuit that prison officials and doctors have systematically denied him proper medical care for maladies ranging from Hepatitis C to high blood sugar.

He wants U.S. District Judge Robert Mariani to order his jailers to allow him to be seen by a doctor of his choosing, and to provide adequate treatment. He also is demanding monetary damages. The Pennsylvania Department of Corrections argues his lawsuit should be thrown out, saying Abu-Jamal failed to exhaust his administrative appeals with the state.

Each side will argue its case at a hearing in Scranton on Friday. Abu-Jamal is scheduled to testify by video hookup from the state prison in Frackville.

After spending time in the hospital earlier this year, Abu-Jamal’s health has apparently improved recently. Suzanne Ross, a longtime supporter, wrote on the “Free Mumia” website that she visited him in late November and “he looked so healthy and radiant, so much like he used to, and he sounded so good,” though she added he “still itches and still experiences pain.”

Abu-Jamal’s lawsuit said he was diagnosed with Hepatitis C, a chronic blood-borne infection that gradually destroys the liver, in 2012. Eventually, he got an itchy rash over 70 percent of his body that his lawyers say is a complication of the disease. Prison officials have not adequately treated either his Hepatitis C or the rash, the suit said.

Prison doctors also failed to address a sudden spike in Abu-Jamal’s blood sugar level in early March, and, weeks later, he lost consciousness and was rushed to the hospital in diabetic shock, according to court papers.

The suit asserts the prison is violating the Constitution’s ban on cruel and unusual punishment by withholding appropriate medical care.

A federal magistrate ruled in September that Abu-Jamal had failed to show “immediate irreparable harm” and recommended that Mariani rule against him.

Abu-Jamal was convicted for the 1981 murder of Officer Daniel Faulkner. His conviction has been upheld through years of appeals, but a federal court threw out his death sentence in 2008, citing flawed jury instructions. He has gained international support for his claim that he’s the victim of a racist justice system.