More than 2,700 dogs are entered in the Westminster Kennel Club show that started Monday. 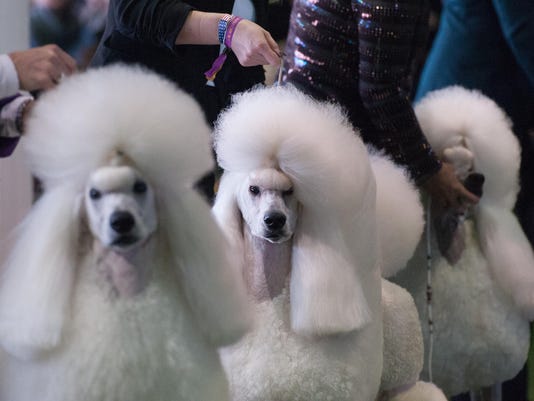 New York – — Sidestep in perfect pace with someone who has fewer feet than you. Sit properly in front of a crowd, while your favorite person walks away. Sort through a pile of identical items to find the one that belongs to that person — by smell.

Can you do it? Heart can. And she’s a 3-year-old Labrador retriever.

“She is just amazing,” said owner and handler Linda Brennan, of Columbia, New Jersey. Plus, “we had the cute factor.”

Heart bested 33 other dogs in the first obedience event of any kind at the nation’s premier dog show since a non-competitive demonstration in 1956.

At this level, it’s no simple sit and stay. In fact, it can seem unimaginable to an everyday dog owner.

“My dogs would not have even made it in the ring,” spectator Todd Eubanks, who has two hound mixes at home in Redding, Connecticut.

More than 2,700 dogs are entered in the Westminster Kennel Club show that started Monday. The top sporting, working and terriers get chosen Tuesday night, followed by the best in show pick shortly before 11 p.m.