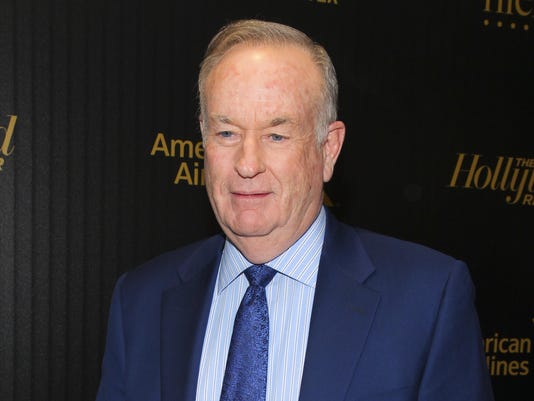 New York — Bill O’Reilly is questioning his Fox News Channel colleague Megyn Kelly’s loyalty for writing in her just-published memoir and talking about accusations that former Fox chief Roger Ailes made unwanted sexual advances on her a decade ago.

Kelly responded that she had the support of her new bosses to write about the incidents and that “sunlight is the best disinfectant.”

Meanwhile, Kelly appeared under attack Wednesday in an unusual forum: people flooding Amazon.com with negative reviews of her book, “Settle For More,” in what her publisher regards as an orchestrated campaign.

The unusual back-and-forth between two prime-time hosts is a headache for Fox News, which declined comment on Wednesday. O’Reilly, 67, has long been Fox’s most popular personality. Kelly, 45, is seen as a major part of Fox’s future and network management is eager to sign her beyond her current contract, which expires next July.

It began Tuesday on “CBS This Morning,” where O’Reilly was a guest promoting his children’s book, “Give Please a Chance.” Host Norah O’Donnell asked him about Kelly’s book, and he said he wasn’t interested in it.

Kelly accused Ailes of making sexually suggestive comments when she was new to Fox and trying to kiss her against her will. Ailes has denied the accusations. Her private testimony about the incident was seen as a key to Fox’s parent company ousting Ailes this past summer.

Later, on his show, O’Reilly offered his “tip of the day” that “loyalty is good.” He didn’t mention Kelly’s name but the intention seemed clear.

“If somebody is paying you a wage, you owe that person or company allegiance,” he said. “You don’t like what’s happening in the workplace, go to HR, or leave. I’ve done that. And then take the action afterward if you feel aggrieved. There are labor laws in this country. But don’t run down the concern that supports you by trying to undermine it.”

An hour later, at the end of her show and again on CBS Wednesday, Kelly said she had discussed the chapter she wrote with Rupert and Lachlan Murdoch of Fox’s parent company 21st Century Fox. Kelly told The Associated Press in an interview Tuesday that she believed it was important to tell the story to empower other women who may be going through something similar and to impress upon companies the importance of being vigilant against harassment.

In an appearance with Don Imus on Wednesday, O’Reilly said that he believed Kelly is a “very smart, talented woman” and that he had no beef with her.

But he said if another network is “going to try and bait me to say bad things about my network, I am not gonna do it.” While that explains his stance on CBS, it didn’t address why he brought up the issue of loyalty on his own show.

Late Wednesday morning, Amazon.com noted that of more than 300 customer reviews of Kelly’s book on their website, 73 percent gave it one star — the site’s lowest grade. Twenty-two percent gave the book five stars, the highest possible. The book was published Tuesday.

Many of the reviews mentioned President-elect Donald Trump and did not address anything actually in “Settle For More.” Trump was angered by Kelly last year because of a tough question she asked him in a debate and attacked her repeatedly on social media. Kelly told the AP that she believed things were fine now between her and Trump, but some of the incoming president’s fans didn’t appear over it.

“This has all the hallmarks of an orchestrated effort to discredit our book and our author,” said Tina Andreadis, spokeswoman for the publisher, Harper Collins.

Such waves of negative reviews have happened on Amazon in the past, including once for comic Amy Schumer and her book published last summer, “The Girl With the Lower Back Tattoo.”