Romell Broom, 60, is only the second inmate to survive an execution in U.S. history and the only via lethal injection 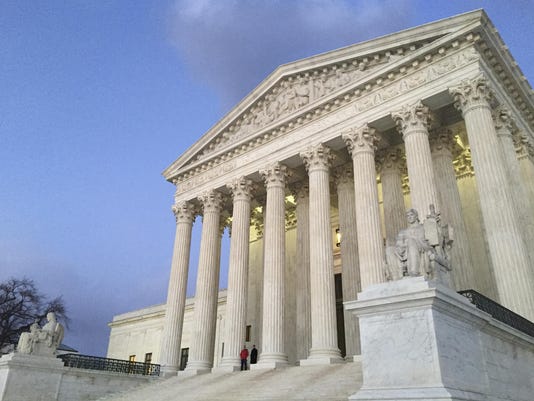 The U.S. Supreme Court on Monday rejected an appeal by a condemned killer whose 2009 execution was called off after two hours during which he cried in pain while receiving 18 needle sticks.(Photo: Jon Elswick / AP)

Columbus, Ohio — The U.S. Supreme Court on Monday rejected an appeal by a condemned killer whose 2009 execution was called off after two hours during which he cried in pain while receiving 18 needle sticks.

The court’s 6-2 ruling denies death row inmate Romell Broom the opportunity to argue that giving the state prisons agency a second chance to execute him would amount to cruel and unusual punishment and double jeopardy.

Broom, 60, is only the second inmate to survive an execution in U.S. history and the only via lethal injection. In 1947, Louisiana electrocuted 18-year-old Willie Francis by electric chair a year after an improperly prepared electric chair failed to work. The U.S. Supreme Court ruled 5-4 to allow the second execution to proceed, rejecting double jeopardy arguments.

Broom was sentenced to die for raping and killing 14-year-old Tryna Middleton after abducting her in Cleveland in 1984 as she walked home from a football game with two friends.

Despite the ruling, a second execution is years away because of other scheduled executions and uncertainty over the state’s supply of lethal injection drugs.

“Here the court had the opportunity to address a case where there was a living person there to vindicate their constitutional rights,” Shank said. “So it’s very disappointing that this unique opportunity was not accepted for review by the court.”

A message was left with the state seeking comment.

Broom’s 2009 execution was stopped by then-Gov. Ted Strickland, a Democrat, after an execution team tried for two hours to find a suitable vein. Broom has said he was stuck with needles at least 18 times, with pain so intense he cried and screamed.

An hour into the execution, the Department of Rehabilitation and Correction recruited a part-time prison doctor with no experience or training with executions to try — again, unsuccessfully — to find a vein.

Broom has been back on death row since. No new execution date has been set.