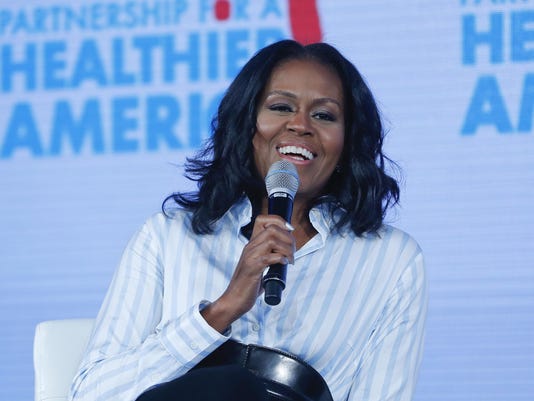 Obama spoke at an event for the Women’s Foundation of Colorado in Denver on Wednesday night. The Denver Post reports Obama said she was hurt “knowing that after eight years of working really hard for this country, there are still people who won’t see me for what I am because of my skin color.” The Post says she referenced people calling her an ape and talking about her body.

Obama says she wants the world to know women endure “small tiny cuts” every day “and we’re still getting up.”

She reiterated she wouldn’t seek public office but she and former President Barack Obama would remain in public service.