The U.S. State Department warned its citizens about traveling to parts of Mexico including Cancun and Playa del Carmen 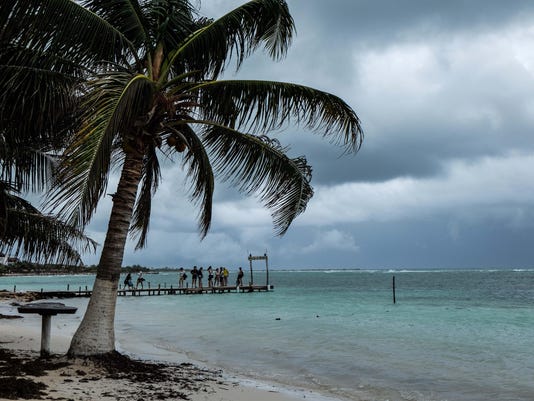 The U.S. State Department warned its citizens about traveling to parts of Mexico including Cancun and Playa del Carmen, as homicides rise at resorts popular with American tourists.(Photo: Elizabeth Ruiz / AFP/Getty Images)

The U.S. State Department warned its citizens about traveling to parts of Mexico including Cancun and Playa del Carmen, as homicides rise at resorts popular with American tourists.

The advisory issued on Tuesday upgraded the warnings for two states, Quintana Roo and Baja California Sur, saying turf wars between crime gangs have led to a surge in violence. The only warning for Quintana Roo in a December statement was about lack of cellular and Internet service in some areas.

The expanded travel advisory hits at the heart of a tourism industry that brings in $20 billion a year for Mexico. The state of Quintana Roo, where the resorts of Tulum and Cozumel are also located, gets 10 million tourists a year, a third of the national total. The warnings come as homicides in Mexico are set to rise to their highest since at least the turn of the century. Quintana Roo alone has seen 169 murders this year.

"Shooting incidents, in which innocent bystanders have been injured or killed, have occurred" in both states, the U.S. warned. “While most of these homicides appeared to be targeted criminal organization assassinations, turf battles between criminal groups have resulted in violent crime in areas frequented by U.S. citizens.”

While Quintana Roo’s advisory is now stricter, it isn’t included among the most dangerous spots in Mexico, where U.S. government personnel are told to defer non-essential travel. That restriction is reserved for parts of Chihuahua, Coahuila and Colima states, among others. U.S. travel warnings of differing levels exist for most Mexican states.

Business group Coparmex, which represents more than 200 hotels, restaurants and other companies in Cancun, said the advisory will likely affect bookings this winter, when Americans head to the beaches. Adrian Lopez Sanchez, who heads Coparmex in Cancun, says security is beginning to improve after deteriorating earlier this year and last year.

In January, Asur, the airport operator that services Cancun, saw its stock slump after five people were gunned down at the Blue Parrot nightclub during an electronic music festival in nearby Playa del Carmen. The airport’s stock traded flat at 360.71 pesos per share on Tuesday afternoon. More recently, in early July, one person died after a shootout at a club right across the street from the Blue Parrot.

With assistance from Rafael Gayol