The Seneca Falls hall in upstate New York has inducted a new class of exemplary women every two years beginning in 1973. 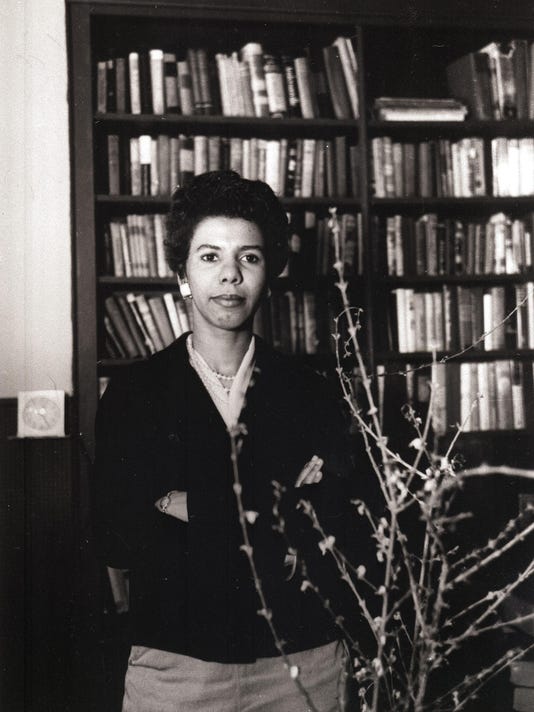 FILE - In this January 1959 file photo, author and playwright Lorraine Hansberry poses for a photo. The author of "A Raisin in the Sun" will be inducted into the National Women's Hall of Fame as part of the 10-member class of 2017 on Saturday, Sept. 16, 2017 (AP Photo, File)(Photo: AP)

Seneca Falls, N.Y. — The National Women’s Hall of Fame will add 10 inductees this weekend while also celebrating the 100th anniversary of women securing the right to vote in New York.

The Seneca Falls hall in upstate New York, the site of the first women’s rights convention in 1848, has inducted a new class of exemplary women every two years beginning in 1973.

Three of this year’s inductees will be honored posthumously, including “A Raisin in the Sun” playwright Lorraine Hansberry, who died in 1965, and former Connecticut Congresswoman Clare Boothe Luce, who died in 1987. The geneticist and cancer researcher Janet Rowley, who died in 2013, will also be honored.

All seven living inductees are expected to speak at Saturday’s induction ceremony.