Man shoots 2 at hospital before killing self

Man shoots 2 at hospital before killing self 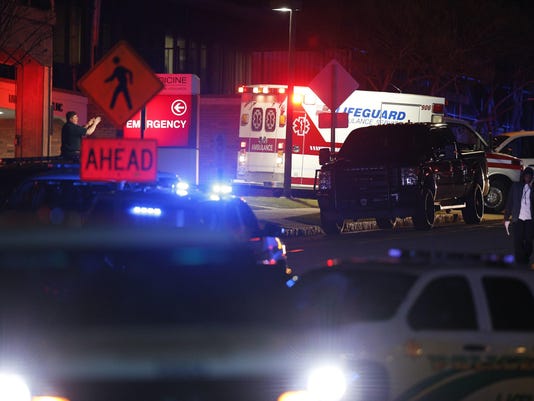 Birmingham, Ala. – One man is dead and another is in critical condition after a gunman opened fire inside an Alabama hospital and then fatally shot himself, police said.

Birmingham police Lt. Peter Williston said officers called to UAB Highlands Hospital at 6:55 p.m. on Wednesday encountered two victims along with the gunman, who had died of a self-inflicted gunshot.

“One victim is in stable condition,” Williston said. “Unfortunately, I have to report the second victim did not survive and was pronounced deceased during surgery.”

Authorities were unsure of the shooter’s relationship to the victims and whether the victims worked at the hospital, Capt. H.R. Watson of Birmingham Fire and Rescue said.

Williston said investigators were trying to “determine what led to this tragic incident tonight.”

The shootings forced the hospital to cancel all of Thursday’s scheduled surgeries.

“We ask that you please join us in prayer for these families, those who work where the incident occurred, and those who were immediately on the scene, including the first responders who acted so heroically under extremely difficult circumstances,” said Anthony Patterson, senior vice president of inpatient services for UAB Hospital.

Patterson said counseling services will be provided for employees.

UAB Highlands is a campus of UAB Hospital, which is part of the medical school at the University of Alabama at Birmingham.