The feud between Trump and his onetime legal “fixer,” Michael Cohen, escalated Wednesday

In this April 11, 2018, file photo, attorney Michael Cohen walks down the sidewalk in New York. Two months before the 2016 election, Donald Trump and his former lawyer Cohen discussed plans to pay for a former Playboy model's story of alleged an affair, according to a secretly recorded tape of the conversation released amid an escalating feud between the president and his longtime personal attorney.(Photo: Seth Wenig / AP)

Washington – The sudden public airing of Donald Trump talking about paying for a Playboy model’s silence marks a turning point in the legal game of cat-and-mouse between the president and the lawyer who once promised to take a bullet for him but now seems out to save himself.

The feud between Trump and his onetime legal “fixer,” Michael Cohen, escalated Wednesday when an audio recording of their 2016 pre-election conversation was released by Cohen, prompting Trump to tweet, “What kind of a lawyer would tape a client? So sad!”

As the two sides battled over the exact meaning of the sometimes-garbled words on the recording, it was clear that the tape could be just an opening volley. At least a dozen more recordings were seized from Cohen’s office as well as hundreds of thousands of documents.

The tape, made just weeks before the 2016 election, appears to undermine Trump’s contention that he was not aware of a payment to former Playboy Playmate Karen McDougal, who has alleged she had an affair with the married future president.

That raises questions about possible campaign finance violations. It shows Cohen advising Trump on campaign matters, and that could be of interest to investigators looking into whether the lawyer violated election laws by orchestrating hush money payouts.

Cohen says on the tape he’s already spoken with the Trump Organization’s finance chief, Allen Weisselberg, on “how to set the whole thing up.”Weisselberg’s involvement raises questions about whether Trump’s private business tried to protect his campaign.

Trump’s lawyers say the payments were never made

The tape’s revelations also mark a new chapter for Cohen who, as he mulls cooperating with federal prosecutors and perhaps special counsel Robert Mueller, is viewed by many in Trump’s orbit as the greatest threat to the former businessman’s presidency.

Cohen rose through the ranks of the Trump organization by mimicking his boss’ style in handling his personal and political problems. Now he and his own attorney, former Clinton lawyer Lanny Davis, are taking another page from the Trump playbook – fighting a legal battle in the court of public opinion.

With his apartment under construction after a pipe burst, Cohen has been holed up in a Midtown Manhattan hotel. From that luxurious bunker, Cohen has grown increasingly concerned that his relationship with the president has fractured beyond repair, according to two people familiar with his views but not authorized to discuss them publicly.

Cohen, who would make bad stories disappear and travel the globe to make deals for the Trump Organization, now feels increasingly isolated and burned by the attacks against him by Trump attorney Rudy Giuliani and by the president’s efforts to play down his former fixer’s role.

And when the president’s legal team waived attorney-client privilege, prompting Giuliani to declare that the tape was “exculpatory” for Trump, Cohen’s team moved to release it, believing it backed up his own version of events, the people said. The attorney told confidants that he was tired of being a punching bag and wanted to try to seize control of the story. 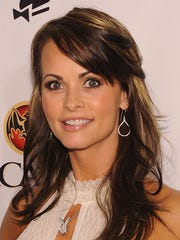 The meaning of the tape is up for debate.

Days before the recording, American Media Inc., which owns the National Enquirer, paid $150,000 to McDougal for the rights to her story about the alleged 2006 affair. She later sued, claiming that AMI paid for the story with the intention of burying it to protect Trump. AMI president David Pecker is a close friend of the president.

Cohen is heard on the tape discussing AMI’s payment, and says of “David” that “I’ll have to pay him something.”

But Davis, Cohen’s attorney, maintains that Trump’s reference to “cash” is damaging. “The only people who use cash are drug dealers and mobsters,” he told CNN. In another twist in a tale full of them, Davis himself had previously worked with AMI and moved to squash unflattering stories. He did not return calls for comment on Wednesday.

Whichever account is accurate, the tape appears to bring limited additional legal exposure to the president himself. But the revelation of the audio on prime-time television, complete with exaggerated appeals by Davis to Trump’s supporters to listen to the president’s comments, was designed to impeach the credibility of the president and his leading lawyer.

The recorded conversation took place in early September 2016. But a campaign spokesperson told The Wall Street Journal in November of that year concerning the McDougal agreement: “We have no knowledge of any of this.”

Trump, for his part, weighed in on Twitter on Wednesday, suggesting the sudden conclusion to the recording should be viewed suspiciously.

“Why was the tape so abruptly terminated (cut) while I was presumably saying positive things?” he tweeted. “I hear there are other clients and many reporters that are taped - can this be so? Too bad!”

Trump’s searing tweets marked a new low point in his relationship with Cohen, who worked for the president for a decade and grew close to his family. Though Cohen was Trump’s right-hand man at the business, he was not given a major role in the campaign. He did run the president’s outreach to faith groups and became a fierce defender on television, including a notable CNN clip in which he demands, “Says who?” after being shown poor poll numbers.

Though he hoped for a key White House positions, Cohen was left behind in New York, where he capitalized on his access to the president in business dealings with a number of corporate clients. Famously brusque with most reporters, he vehemently challenged the references to him in a dossier of uncorroborated information about Trump even as he was called in to testify before special counsel Mueller.

After the raid by federal prosecutors, Cohen’s relationship with Trump shattered. The men have not spoken for months and Giuliani has routinely lobbed grenades at the attorney.

Though Cohen’s move to record Trump was unorthodox, it likely was not illegal. In New York, only one party has to give consent to a conversation being recorded. Steven Lubet, a Northwestern University expert on legal ethics, said he was unaware of any rule in New York that explicitly bars a lawyer from recording a client without consent.

But other rules, such as ones requiring lawyers and clients to have full and open communication, and barring them from engaging in fraud, dishonesty or misrepresentation, could possibly be construed as requiring an attorney to obtain consent. Rule or not, it’s certainly an unorthodox practice and could leave lawyers subject to a bar complaint. Trump has a “legitimate complaint” and it’s fair for him to ask what kind of lawyer would secretly record a client, Lubet said.

“The nature of the attorney/client relationship itself would dictate that a client’s consent would be needed for taping,” Lubet said.