Witherspoon, Urban on board for cancer telethon

Witherspoon, Urban on board for cancer telethon 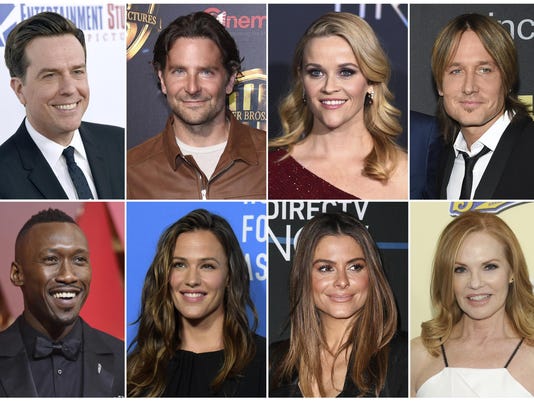 This combination photo shows, top row from left, Ed helms, Bradley Cooper, Reese Witherspoon and Keith Urban, and bottom row from left, Mahershala Ali, Jennifer Garner, Maria Menounos and Marg Helgenberger, who are among the stars joining the sixth Stand Up To Cancer telethon on Sept. 7. Cooper is returning as co-executive producer of the live, hour-long event. (AP Photo)(Photo: AP)

Los Angeles – Reese Witherspoon, Mahershala Ali and Keith Urban are among the stars joining the sixth Stand Up To Cancer telethon.

Stand Up To Cancer said Thursday that this year’s live, hour-long telecast commemorates 10 years of raising awareness and more than $480 million to fund innovative research.

Bradley Cooper is returning as co-executive producer of the event, which will be carried commercial-free by major broadcast networks and cable channels in the U.S. and Canada and on streaming platforms.

In a statement, Cooper noted that his family has been touched by cancer and called it a privilege to be back with the telethon. His father, Charles J. Cooper, had lung cancer and died in 2011.

The telecast “showcases the significant progress being made in the fight against cancer, instilling hope in those facing the disease,” Bradley Cooper said.

Stand Up To Cancer, a division of the philanthropic Entertainment Industry Foundation, was established in 2008 by media and entertainment leaders to accelerate research and get new therapies to patients quickly.

Among other achievements, it’s funded research that has contributed to federal approval of five new cancer treatments, including for breast, ovarian, pancreatic and some difficult-to-treat leukemias, the group said.