The wild turtle is rolling around on the wheelchair to keep pressure of the broken underside of his shell. 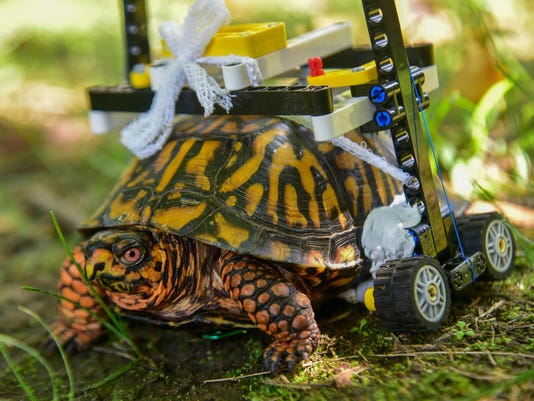 A wild Eastern box turtle at the Maryland Zoo in Baltimore is on the mend and on the move thanks to some clever engineering using Lego bricks.(Photo: Sinclair Miller / TNS)

Baltimore – A wild turtle with a broken shell is rolling around on a wheelchair made of Legos while he’s on the mend at the Maryland Zoo.

News outlets report that veterinarians had performed surgery on the grapefruit-sized eastern box turtle found in July with fractures to the underside of his shell.

Zoo veterinary extern Garrett Fraess says keeping the shell bottom off the ground is important so it can heal. Fraess says no one makes turtle-sized wheelchairs, so he sent sketches to a friend who’s a Lego enthusiast. 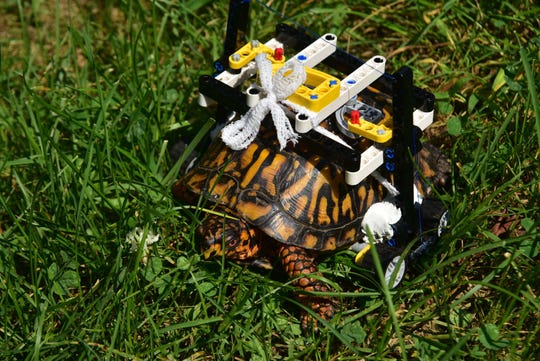 A wild Eastern box turtle at the Maryland Zoo in Baltimore is on the mend and on the move thanks to some clever engineering using Lego bricks. (Photo: Sinclair Miller, TNS)

A few weeks after the surgery, the turtle had the wheelchair, which gets the shell off the ground and allows his legs to move.

Dr. Ellen Bronson says the turtle likely will use the wheelchair into the spring.