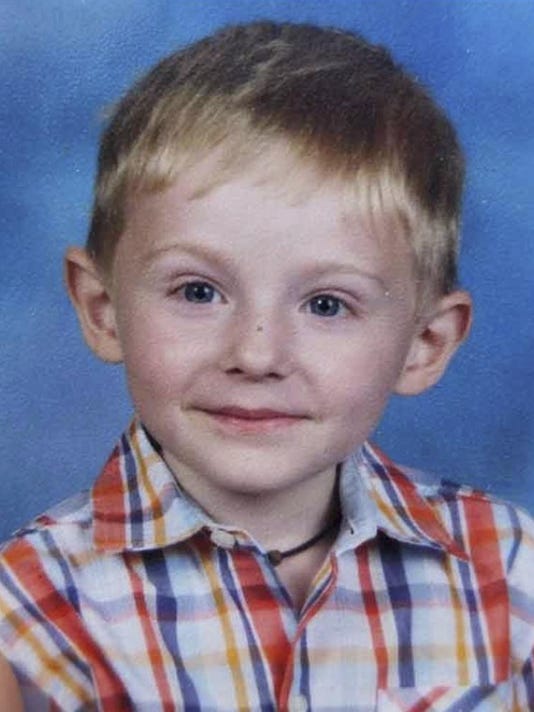 This photo provided by the FBI shows Maddox Ritch. Gastonia Police Chief Robert Helton announced Thursday, Sept. 27, 2018 that officials believed the body searchers found was that of Maddox Ritch. The boy's father said he ran off from him as he and a friend walked at Rankin Lake Park last weekend. Ian Ritch said he couldn't catch up with his son because he has neuropathy in his feet due to diabetes.(Photo: AP)

Gastonia, N.C. – An FBI agent says the search for clues is continuing after authorities announced they had found the body believed to be that of a missing 6-year-old boy.

Agent Jason Kaplan said investigators still want to hear from people who were in the Gastonia park last weekend when Maddox Ritch ran away from his father. A searcher walking in a creek found the boy’s body on Thursday, and Kaplan said at a news conference it was extremely difficult to see Maddox’s body, even as searchers stood next to the spot prior to finding the body.

Last Saturday, Ian Ritch said the boy ran off from him and a friend and disappeared before he could catch up to him. Ritch said neuropathy resulting from diabetes prevented him from running after his son.