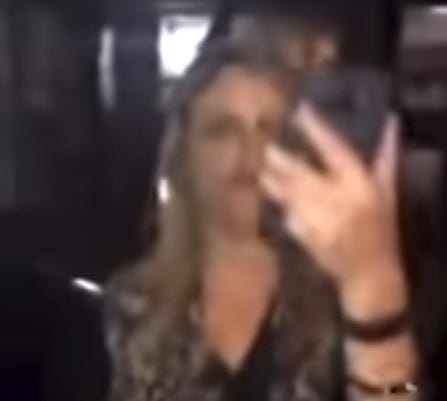 A white North Carolina woman filmed going on a racist rant at her black neighbor has been fired from her job.(Photo: Screen grab from video)

Charlotte, N.C. – A white North Carolina woman filmed going on a racist rant at her black neighbor has been fired from her job.

News outlets report the video shows Susan Westwood approaching sisters Leisa and Mary Garris this month and saying “I am white and hot. So what are you doing here?”

Charter Communications spokesman Patrick Paterno said Sunday that Westwood has been fired from her $125,000-per-year job referenced in the video.

An apparently drunk Westwood is heard asking where the sisters live, if they’re visiting their “baby daddy” and if she needs to reveal her concealed weapon. The sisters ask Westwood to leave them alone as they’re waiting for AAA. They eventually call 911.

Westwood has been issued criminal summons of communicating threats and simple assault. She wasn’t reached for comment.