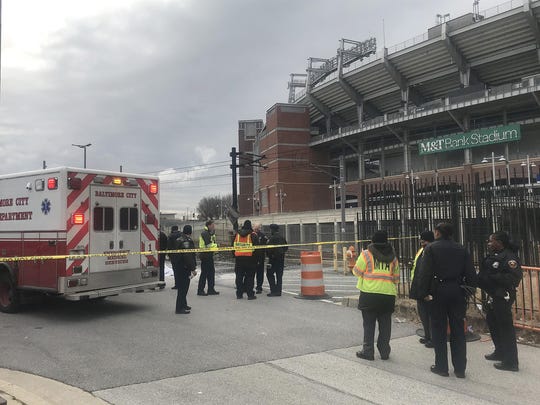 A man died after being engulfed in flames and running from a portable toilet that was also on fire in the parking lot of M&T Bank Stadium in Baltimore Sunday afternoon. (Photo: Christina Tkacik / TNS)

Baltimore – Firefighters say a man died in a fire in a portable toilet near the Baltimore Ravens’ stadium.

News outlets quote Baltimore police as saying the Sunday fire in the parking lot of M&T Bank Stadium didn’t appear to be criminal.

Baltimore Fire spokeswoman Blair Skinner says a security guard saw a man engulfed in flames running from the burning toilet. By the time medics arrived, the man was dead and two other portable toilets were also ablaze.

The man hasn’t been identified. It’s unclear how long he had been in the toilet. The cause of the fire is still under investigation.