Authorities have released the audio of 911 calls reporting a shooting at an Illinois warehouse that resulted in five deaths. 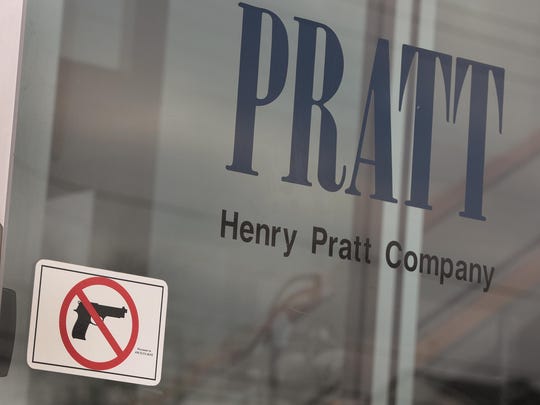 One caller in the Feb. 15 recordings tells the dispatcher that he’s hiding in the Henry Pratt Co. facility in Aurora and pleads for help to be sent quickly. (Photo: Scott Olson / Getty Images)

Aurora, Ill. – Authorities have released the audio of 911 calls reporting a shooting at an Illinois warehouse that resulted in five deaths.

One caller in the Feb. 15 recordings tells the dispatcher that he’s hiding in the Henry Pratt Co. facility in Aurora and pleads for help to be sent quickly.

“I heard shots. I don’t know if anybody is hurt,” the man says.

Also released Monday were recordings of police communications as they hunted for the shooter. Officers can be heard yelling “I’ve been shot” and “Get the shields” as they confronted the gunman, Gary Martin. One says: “I’m hit. I’m still in the fight.”

Aurora police said in a Facebook post that the decision to release more than one hour of audio related to the shooting “was not made carelessly.”

“But as a matter of public interest and our ongoing commitment to transparency within our community, we agree that you have a right to hear the courageous souls who helped us bring this horrible tragedy to a swift conclusion,” police said.

Authorities say Martin started shooting after he was fired from the position he had held at Henry Pratt for 15 years. Five warehouse employees were killed and six officers were injured. Martin died in a shootout with police.

Police also announced this week that the injured officers were John Cebulski, James Zegar, Reynaldo Rivera, Marco Gomez, Adam Miller and Diego Avila. Officials say they’ve all been released from the hospital and are recovering.