The newborn was in grave condition and not expected to survive, and three people were taken into custody 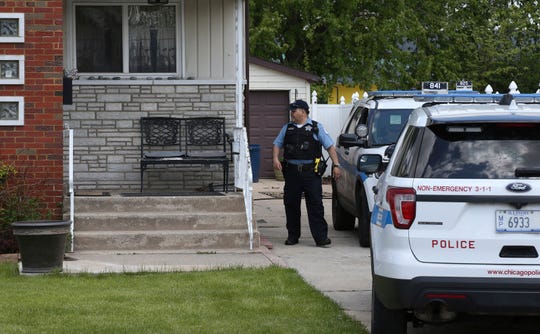 Chicago police watch over a home in Chicago, Wednesday, May 15, 2019, where Marlen Ochoa-Lopez was strangled and her baby cut from her womb, police and family members said. (Photo: Terrence Antonio James, Chicago Tribune)

Chicago – A Chicago woman who sold baby clothes to a pregnant woman and lured her back to her house with an offer of more clothing has been charged with murder after allegedly strangling the woman with a cord and cutting the infant from her womb, police said Thursday.

“Words cannot express how disgusting and thoroughly disturbing these allegations are,” Police Superintendent Eddie Johnson told reporters at a news conference to announce the murder charges against Figueroa and her 24-year-old daughter, Desiree Figueroa. The mother’s boyfriend, 40-year-old Piotr Bobak, was charged with concealment of a homicide.

The charges come three weeks after 19-year-old Marlen Ochoa-Lopez disappeared and a day after her body was discovered in a garbage can in the backyard of Figueroa’s home on the city’s Southwest Side, about 4 miles from her own home.

According to police, the young woman drove from her high school to Figueroa’s home in response to an offer of free clothes that Figueroa had posted on Facebook. When she arrived, police said, she was strangled and the baby cut from her body.

A few hours later, Figueroa frantically called 911, claiming that her newborn baby was not breathing. When first responders arrived, the child was blue. They tried to resuscitate the infant and transported the boy to a nearby hospital, where police said he remained in grave condition and was not expected to survive.

Police did not connect the woman’s disappearance and the 911 call about the baby until May 7, when friends of Ochoa-Lopez directed detectives to her social media account, which showed she had communicated with Figueroa in a Facebook group for expectant mothers.

At the same time, Clarisa Figueroa had started a GoFundMe campaign for the funeral of what she said was her dying baby, said Sara Walker, a spokeswoman for Ochoa-Lopez’s family.

Police then conducted DNA tests, which showed that Ochoa-Lopez and her husband, Yiovanni Lopez, were actually his parents, Walker said. 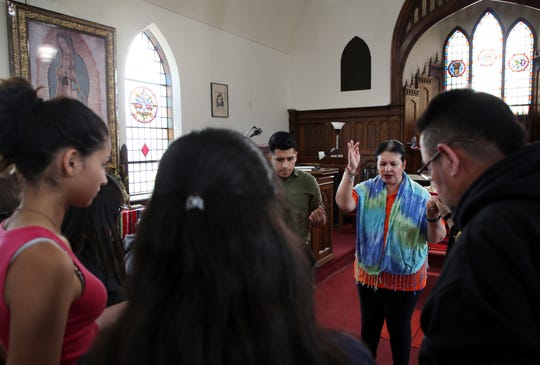 When police arrived to question Figueroa, her daughter told them that her mother was in the hospital with some kind of leg injury, before adding that she had just delivered a baby, said Brendan Deenihan, deputy chief of detectives.

“She told an extremely odd story,” and officers “kind of knew where this is headed,” Deenihan said.

Police then searched the neighborhood and found Ochoa-Lopez’s car a few blocks away. On Tuesday, they returned with a search warrant, finding cleaning supplies as well as evidence of blood in the hallway and in the bathroom. They later found the body in a trash can behind the house and recovered surveillance video that showed Ochoa-Lopez’s vehicle driving through the neighborhood on the day they believed she was killed, authorities said.

Ochoa-Lopez’s family had been looking for her since her disappearance on April 23, organizing search parties and holding news conferences as they pushed police for updates in the investigation.

Her father, Arnulfo Ochoa, said relatives were grateful to have found her. Now they want justice. The family was also bracing for the baby’s death, while still hoping for a miracle.

“We plead to God that he gives us our child because that is a blessing that my wife left for us,” Yiovanni Lopez told reporters through a Spanish interpreter outside the county morgue where his wife’s body was taken.

The three suspects were scheduled to appear Friday in bond court.