Authorities say state Rep. Doug McLeod was drunk and bloodied his wife’s nose after she didn’t undress quickly enough when he wanted to have sex 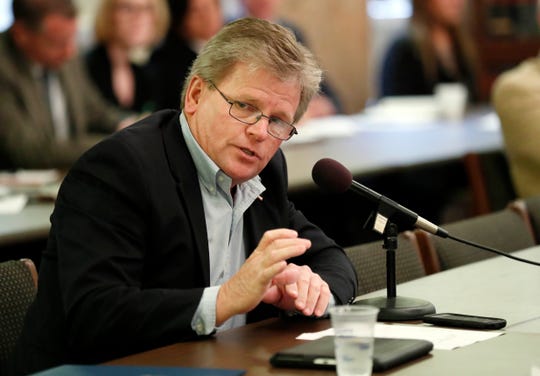 Jackson, Miss. – A Mississippi lawmaker accused of recently punching his wife has issued a statement, saying the incident has been misrepresented, although he did not say how so.

Authorities say state Rep. Doug McLeod was drunk and bloodied his wife’s nose after she didn’t undress quickly enough when he wanted to have sex.

According to separate statements from the couple, each referred to “many fabrications and misrepresentations” in the media about the May 18 incident. McLeod, a Republican from Lucedale, says he would address the allegations once “the process is complete.”

McLeod’s wife asked the public to “reserve judgment” and “respect our family and our family’s privacy.”

The statements were first published in the George County Times .