About 10,000 au pairs to get paid in class-action settlement

About 10,000 au pairs from around the world will share in a class-action settlement in a case that could average $3,500 each

About 10,000 au pairs to get paid in class-action settlement

Denver – About 10,000 live-in childcare workers from around the world will share in a class-action settlement in a case that challenged whether they should be treated as employees entitled to minimum wage or members of the family learning about the United States while helping out at home.

U.S. District Judge Christine Arguello gave final approval to the $65.5 million deal Thursday during a hearing in Denver, saying the payments to au pairs who filed claims by the May deadline would average $3,500 each. 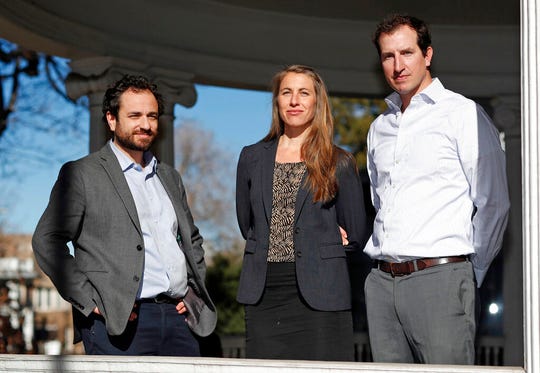 About 160,000 au pairs who came to the United States to work from 2009 to late 2018 under J-1 visas were identified as having the potential to receive money under the deal announced in January. Notices were sent to nearly all of them, but about 10,000 filed claims by the May deadline.

About 40 percent of the deal will go to pay for administrative costs, lawyers’ fees and other expenses. Lawyers for Towards Justice, a nonprofit Denver law firm that filed the lawsuit in 2014, and the high-profile New York firm of Boies Schiller Flexner were not paid during the case.

The settlement also requires that 15 agencies authorized by the U.S. State Department to connect au pairs with families notify both parties going forward that au pairs can negotiate to be paid more than the minimum $195.75 a week required by the department. The minimum pay is based on the federal minimum wage of $7.25 for 45 hours of work minus a 40 percent deduction for room and board.

The agencies, the only ones that sponsored au pairs when the suit was filed, did not admit wrongdoing. One other company was later allowed to bring au pairs to the United States, but lawyers for the au pairs thought it was treating its au pairs more fairly, perhaps because of the pending lawsuit.

The lawsuit, brought by 11 au pairs from Colombia, Australia, Germany, South Africa and Mexico, claimed the agencies colluded to keep their wages low, ignoring overtime and state minimum wage laws and treating the federal minimum wage for au pairs as the maximum they could earn. In some cases, the lawsuit said, parents pushed the limits of their duties, requiring au pairs to do things like feed backyard chickens and help families move and not allowing them to eat with the family.

A handful of former au pairs submitted written comments to the court. Echoing allegations in the lawsuit, Alejandra Guadalupe Franyutti Ramirez of Queretaro, Mexico, said she was fired and given a short time to leave the country when she got sick soon after pushing back about her duties while serving as an au pair in Portola Valley, California.

Meanwhile, Eva Bein of Germany, described having a positive experience with her host family said she objected to the settlement’s focus on pay, fearing it could hurt the cultural exchange mission.

She also said the deal should require sponsors to not only check on au pairs more often but remove host families who mistreat them, noting that agencies now act in the interest of the families who pay them fees to recruit au pairs.

The settlement comes amid a movement to protect the rights of domestic workers, who were originally excluded from federal labor protections. A handful of states have passed domestic worker bills of rights, and U.S. Sen. Kamala Harris and Rep. Pramilla Jayapal introduced a federal version this week.

The settlement did not address whether au pairs are entitled to higher minimum wages in states and cities that have set them above the federal minimum or whether families should be allowed to deduct room and board expenses, something that is generally not permitted when they are seen as a benefit to the employer. The federal appeals court based in Boston is considering the wage issue in a case challenging Massachusetts’ inclusion of au pairs in its domestic bill of rights.

David Seligman, executive director of Towards Justice, said the settlement provides important reforms in the industry in addition to the payouts.

“The outcome reaffirms that everyone – including low-wage workers – has the right to a free and competitive marketplace,” he said.

The practice of having au pairs – French for “on par with” – developed in postwar Europe, where young people lived with families in other countries to learn a language in exchange for helping with childcare and some housework. In Europe, au pairs generally are limited to working 30 hours a week.

The concept came to the United States in 1986 when the State Department launched it as a cultural exchange program amid a growing demand for childcare.