Trenton, N.J. – The Boy Scouts of America is facing a threat from a growing wave of lawsuits over decades-old allegations of sexual abuse.

The Scouts have been sued in multiple states in recent months by purported abuse victims, including plaintiffs taking advantage of new state laws or court decisions that are now allowing suits previously barred because of the age of the allegations. 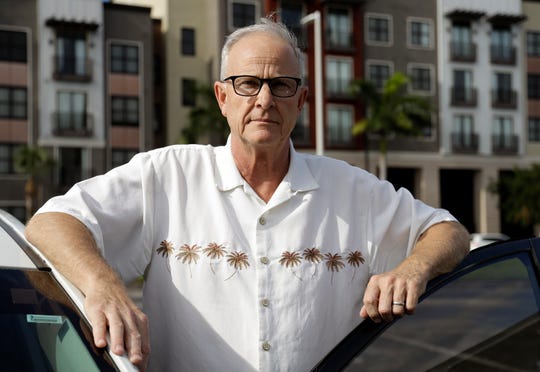 In this Wednesday, Aug. 21, 2019 photo, Greg Hunt poses for a photo in St. Petersburg, Fla. Attorneys for victims from around the country of alleged childhood sex abuse by Boy Scout officials say they are preparing to sue the organization in New Jersey when the state's new civil statute of limitations goes into effect. Hunt, 62, is planning to be on the suit in New Jersey. (Photo: Chris O'Meara, AP)

More litigation is on the way.

A lawyer representing 150 people who say they were abused as Boy Scouts is planning a suit in New Jersey when the state’s new civil statute of limitations law takes effect Dec. 1. New Jersey was home to the Boy Scouts’ headquarters for about 25 years until 1978.

Among the plaintiffs is Greg Hunt, 62, of St. Petersburg, Florida. He said he was abused during a camping trip in about 1969 in Pennsylvania, where his family lived at the time.

“It’d be nice to have the Boy Scouts account for their lack of ability to do the right thing,” he said. “It would be nice for me to have the Scouts say we did wrong by you and by these other boys and by your parents.”

The lawsuits raise the possibility that the Boy Scouts, one of the largest youth organizations in the U.S., might be staring at many millions of dollars in settlements or judgments that could lead it to declare bankruptcy, as several Roman Catholic dioceses have done amid litigation over abusive clergy.

The New Jersey suit will come on top of at least 24 that have been filed against the Scouts in New York since Aug. 14, when that state opened a one-year window in which victims of child sex abuse will be able to sue over encounters outside the usual statute of limitations.

Another lawsuit was filed against the Boy Scouts this month in Philadelphia by lawyers who say they have identified hundreds of victims, after a Pennsylvania appeals court ruled that the state’s statute of limitations could be set aside if a victim could prove that abuse was concealed by fraud.

Hundreds of other lawsuits filed in Guam and other states have already strained the Boy Scouts finances and have led the organization to consider bankruptcy, among other options.