Whistleblower complaint could be headed to Congress

Whistleblower complaint could be headed to Congress

Washington – The Trump administration is reviewing a whistleblower’s complaint against President Donald Trump for possible release to Congress, signaling a potential breakthrough in a simmering power struggle that’s divided the White House and lawmakers for more than a week.

The document was being reviewed for classified material and could go to Congress by Thursday, according to a person familiar with the issue who was not authorized to discuss it publicly and spoke on condition of anonymity.

The review comes as House Speaker Nancy Pelosi announced an impeachment inquiry and as Trump directed the release of the transcript of his July phone call with Ukrainian President Volodymyr Zelenskiy that forms the basis of part of the whistleblower complaint filed with the intelligence community inspector general. 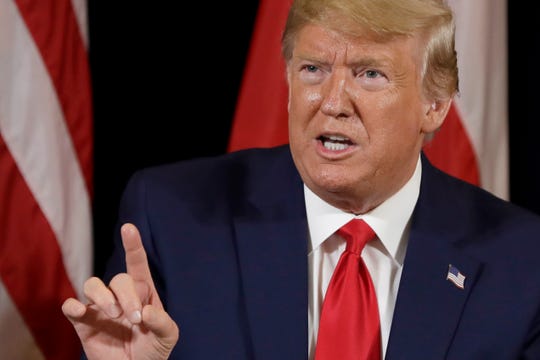 The acting director of national intelligence, Joseph Maguire, determined the complaint could not be forwarded to Congress, angering Democratic lawmakers who oversee the country’s intelligence community.

But a lawyer for the intelligence agency, Jason Klitenic, softened that perspective in a letter Tuesday to a lawyer for the anonymous whistleblower. Klitenic said the agency was consulting with other executive branch agencies on whether the complaint could be presented to Congress, and that he expected to provide “actionable guidance soon.”

The “highest priority is ensuring that the women and men of the Intelligence Community have everything they need to carry out their mission in support of our nation’s security,” Klitenic wrote. “This includes supporting the right of whistleblowers to provide information to Congress. I commend your client’s willingness to come forth to the (intelligence community inspector general), and the DNI is committed to protecting your client from retaliation for that disclosure.”

That letter came in response to an earlier inquiry from Andrew Bakaj, a lawyer for the whistleblower who said that he intended to contact Congress about the complaint and asked how to do so “in accordance with appropriate security practices.”