US pedestrian deaths on rise; no end in sight to carnage

The nation’s pedestrian death toll keeps climbing unforgivingly, and state after state is projected to see more carnage increase in 2019

US pedestrian deaths on rise; no end in sight to carnage

Washington – The nation’s pedestrian death toll keeps climbing unforgivingly. The number reached its highest level since 1990 last year, and state after state is projected to see more carnage increase in 2019.

Washington spends big money year after year to promote, research and improve pedestrian safety. Four years ago, it added a special program that states could use to find ways to make streets safer. 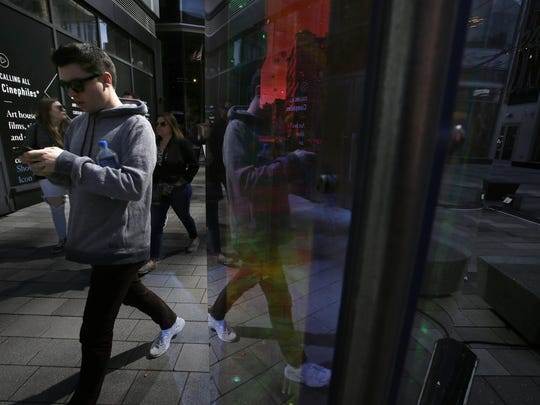 Nighttime fatalities were up 4.6% from 2017 to 2018. Pedestrian deaths in alcohol-impaired-driving crashes increased by 2.2%. (Photo: Steven Senne / AP)

But the government also spends far more to build, improve and repair bigger, faster roads even as the pedestrian numbers remain grim. Experts and members of Congress lament that far more needs to be done.

Ten years ago, 4,109 pedestrians died. The number has risen virtually every year since, and last year, the death toll was up 3.4% to 6,283. Pedestrian fatalities in urban areas are up 69% over the last 10 years.

Nighttime fatalities were up 4.6% from 2017 to 2018. Pedestrian deaths in alcohol-impaired-driving crashes increased by 2.2%.

Projections in 25 states are that the carnage will get worse this year than the targets they set for last year, according to data compiled by nonpartisan advocacy groups Smart Growth America and the National Complete Streets Coalition.

“In fact,” their study found, “we are continuing to design streets that are dangerous for all people. Furthermore, federal and state policies, standards, and funding mechanisms still produce roads that prioritize high speeds for cars over safety.”

While there is no single agreed-upon reason for the rise in pedestrian deaths, experts routinely cite a number of factors, including distracted drivers, larger vehicles and more people walking and bicycling in urban areas.

“It’s a combination of people getting out more, having healthier lifestyles and moving more into urban areas,” said Shaun Kildare, director for research at the nonpartisan Advocates for Highway and Auto Safety.

“There is no single reason or solution to the growing number of pedestrian deaths in California and across the country. We wish it were that simple to address and reverse the trend,” added Timothy Weisberg, spokesman for California’s Office of Traffic Safety.

“We’re going by all measures in the wrong direction, and corrective action is needed. Obviously what we’ve been doing hasn’t been adequate,” said Rep. Peter DeFazio, an Oregon Democrat who chairs the House Transportation and Infrastructure Committee.

While the government has long spent hundreds of millions of dollars to promote safety – the National Highway Traffic Safety Administration has a budget of nearly $1 billion – Congress created a new “national priority” program in December 2015 to direct money to states specifically to promote pedestrian and bicycle safety.

But critics charge that the program and others aimed at making roads, intersections and driver behavior safer for pedestrians are underfunded, while most of the transportation-related money goes to road and bridge construction and repair.

Beth Osborne, director of Transportation for America, a nonpartisan advocacy group, calls the zeal for road building a “culture that’s so strong, so deep … it’s hard to overcome.”

The National Highway Traffic Safety Administration, which administers key safety programs, would not respond to multiple requests for comment.

The government has a wide range of programs aimed at making roads safer. The four-year-old special pedestrian and bicycle safety promotion program is authorized to spend $70 million over a five year period that ends in the next fiscal year. So far it’s spent $42 million.

Osborne agreed, saying of the budget for all safety programs, “These programs are pitifully underfunded.”