A spokeswoman for Democratic Mayor Bill de Blasio tells The Wall Street Journal that the bull will be placed in a new location somewhere near the New York Stock Exchange.

Jane Meyer says the move is being made “to protect the safety of New Yorkers.”

Last month, climate protesters doused the bull with fake blood. In September, a man bashed it with a toy metal banjo. 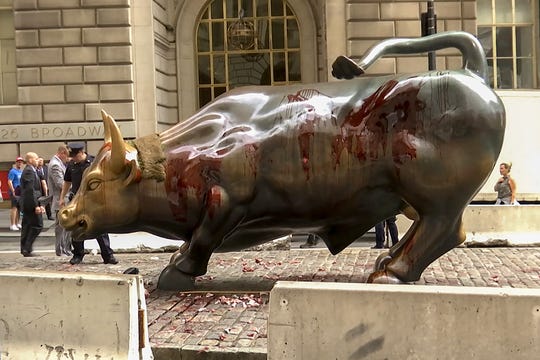 The sculptor, Arturo Di Modica, opposes moving the bull from its home on a traffic island.

In 2017, State Street Global Advisors commissioned another bronze sculpture, “Fearless Girl,” to face the bull. It was relocated last December to a spot outside the stock exchange after officials cited traffic hazards.