Student in custody after shooting at Milwaukee-area school

Student in custody after shooting at Milwaukee-area school

Milwaukee – A student is in custody after exchanging gunfire with a school resource officer Monday morning at a suburban Milwaukee high school, the school district said.

Police in Waukesha tweeted about 11 a.m. that officers were responding to a “critical incident” at Waukesha South High School. 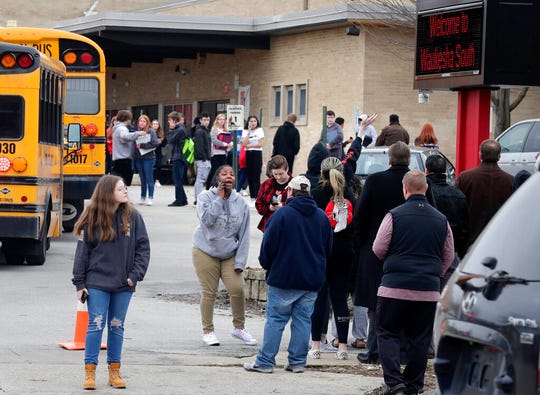 Terry Schuster, the public relations director for the Waukesha School District, she hasn’t heard of any injuries and did not know the condition of the school resource officer or the suspect, who is in custody. She said the school would issue a statement later.

The Waukesha Freeman reported that a male was put into an ambulance. Authorities have not released any information on who was taken to a hospital.

Police didn’t respond to a phone message seeking details of what took place.

Students who streamed out of the school about 11:15 a.m. said there was an announcement about a drill and they began to take cover under desks and teachers barricaded doors. They told reporters outside the school that they knew it wasn’t a drill when they heard two or three gunshots.

Parents gathered outside and hugged students as they streamed out of the school in Waukesha, about 18 miles (30 kilometers) west of Milwaukee.

Police said it was an isolated incident and that they are not seeking any other suspects.